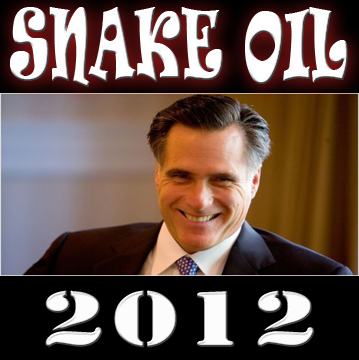 A few weeks ago, I wrote an article entitled “Romney’s Foreign Policy Advisers Exposed as Globalists” where I compiled a list of the 22 individuals selected by Mitt Romney to serve as his foreign policy advising team back in October 2011.

Along with the names of each of these individuals, I included a list of globalist, neo-con, or otherwise nefarious organizations or government offices that they belong to or have belonged to in the past.

Besides announcing a foreign policy advising team, Romney also announced 13 (interesting number) working groups dedicated to regional and issue-specific policies. It is not surprising that the individuals, although somewhat less important in terms of their pedigree, are themselves diehard globalists.

As I wrote in my last article dealing with this subject:

Considering Romney’s attendance at the 2012 Bilderberg meeting and the apparent tendency of the elite in leaning to Romney as the next president, it is imperative that those who are aware of the forces truly guiding the United States and the rest of the world be prepared to shift gears, even if it is only temporary, and begin to expose Mitt Romney as the criminal globalist that he is.

Still, we must guard against being played like a tennis ball and rushing back into the arms of “Bush on steroids” Barack Obama. Unless we become significantly more streetwise than the general public has been in the past, the condition of the world will only continue to degenerate with every election, regardless of the results.

Therefore, I have compiled a similar listing of Mitt Romney’s 13 Working Groups, the individuals that make them up, and the organizations that they are or have been a part of. Keep in mind, the list is by no means comprehensive.

Robert Jospeh – U.S. Chief Negotiator to Libya in 2003 (regarding nuclear weapons), National Institute for Public Policy (NeoCon Think Tank), Center For Security Policy (Pro-Israel Think Tank); Rumored to have been responsible for the Iraq-WMD-Niger claims circulated by the Bush Administration.

Stephen Rademaker – Barbour, Griffith, and Rogers; formerAssistant Secretary for Non-Proliferation and International Security at the U.S. State Department (reportedly stated that India’s vote against Iran at the IAEA was coerced); Podesta Group;Bipartisan Policy Center; Assistant Secretary of State; worked on the staff of Senator Bill Frist; Chief Counsel to the Select Committee on Homeland Security for the U.S. House of Representatives (helped draft legislation that created the DHS); Deputy Legal Adviser to the National Security Council;