Americans have no choice! 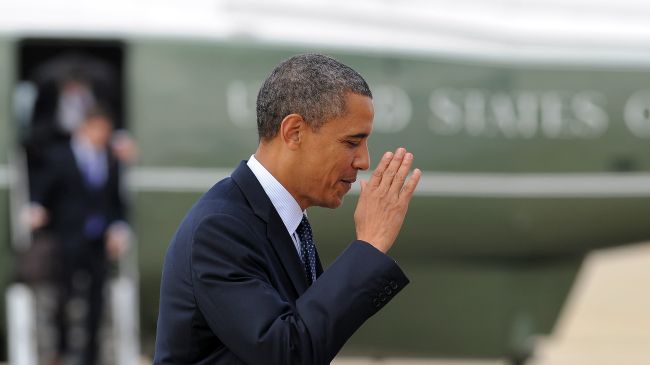 One of the US President Barack Obama’s former professors says he “must be defeated in the coming election,” because “he has failed to advance the progressive cause in the United States.”

Roberto Unger, a longtime professor at Harvard Law School said Obama does not deserve to win the 2012 Presidential election as “the Democratic Party proposes no new direction.”

“Give the bond markets what they want, bail out the reckless so long as they are also rich, use fiscal and monetary stimulus to make up for the absence of any consequential broadening of economic and educational opportunity, sweeten the pill of disempowerment with a touch of tax fairness, even though the effect of any such tax reform is sure to be modest,” he said.

“This is less a project than it is an abdication,” he added.

Obama’s former teacher then listed his reasons for turning on Obama, saying, “His policy is financial confidence and food stamps.”

“He has spent trillions of dollars to rescue the moneyed interests and left workers and homeowners to their own devices,” he said, adding that, “He has delivered the politics of democracy to the rule of money.”

“He has disguised his surrender with an empty appeal to tax justice.”

Unger said Obama “has reduced justice to charity,” and “has evoked a politics of handholding,” stressing that no one can change the world without a struggle.

Obama faces Republican presidential nominee Mitt Romney in November’s vote as he seeks to be re-elected.