Looks like the long-anticipated E-bay auction for Santorini may be closer than expected: in the aftermath of Greece’s now absolutely bankrupt status, whereby the comatose patient is kept alive only thanks to a Made in Germany ventilator, it was only a matter of time before the country started with the Blue light special firesales. Sure enough from Bloomberg: “National Bank of Greece SA is preparing to sell an Athenian Riviera resort, visited by world leaders and movie stars for more than half a century, in a test of the country’s ability to sell assets amid concern that it will leave the euro. The 3.3 million-square-foot Astir Palace complex has already drawn investors’ interest, according to Aristotelis Karytinos, general manager of real estate at the lender. The Athens-based bank and Greece’s privatization fund, which owns part of the property, will put out a public tender in coming months, he said.” Why is the Astir Palace unique? “Since its opening in 1960, the resort’s guests have included Jackie Onassis, Nelson Mandela, Tony Blair, Jane Fonda and Frank Sinatra, according to the resort’s website. Astir Palace in 1993 and 2009 hosted the Bilderberg conference.” Something tells us we know just where the winning bid for the last remaining Greek assets may come from. 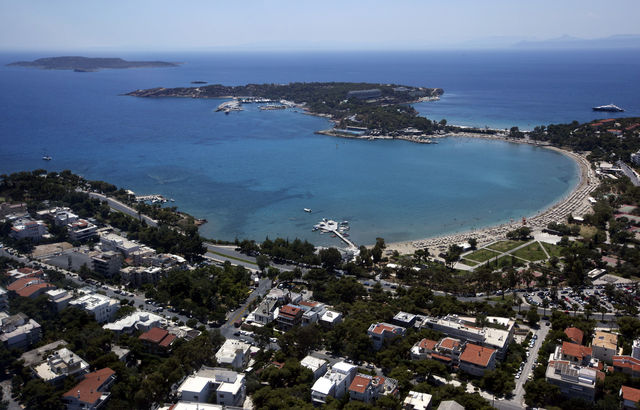 What is surprising is that Greece has only now figured out that real estate is the only legalized form of money laundering: why look at the US, where the NAR is the only organization exempt from conducting anti-money laundering checks for foreign buyers. After all, those $100 million New York duplex penthouses won’t sell themselves to Russian oligarchs by themselves.

“Astir is a trophy asset and we want to get the best from it,” Karytinos said in an interview in Athens.

Foreign funds with holdings in stronger currencies such as the dollar or the Swiss franc have positioned themselves for Greece’s return to the drachma, according to Ioannis Kaligiannakis, a senior appraiser at real estate consulting firm Colliers International in Athens. “They are already here,” Kaligiannakis said before the election results.

Astir Palace Hotel SA (ASTIR), the public company that owns the resort, has a market value of 166 million euros. By including the underlying land, partly owned by the Greek state, the sale may fetch multiples of that, according to Andreas Taprantzis, head of real estate for the state fund.

National Bank of Greece (TELL), the country’s biggest lender, reported a first-quarter loss of 537 million euros and a core tier one capital ratio of 6.4, below a 10 percent target required by September. It holds 85 percent of Astir Palace Hotel.

Selling the Astir Palace land may be a departure from Greece’s policy of not selling state-owned property outright, and so-called freehold sales could generate interest in Greek assets that had been passed over because they were only offered for lease, according to Perrotis of CBRE Atria.

The firesales are just beginning:

“It seems that so far offering long-term leases hasn’t been effective and that the market has given its message to the Greek Republic’s fund,” Perrotis said in a June 6 interview in Athens. “Now the state is seeing that the interest expressed is for outright sales and the fund may have to adjust.”

Taprantzis said the sale of Astir Palace is an exception because the bank is in a position to force the fund to sell.

“We are in a prisoner’s dilemma,” Taprantzis said in a June 6 interview. “Only cooperation will drive the best outcome and if we don’t follow the banks’ lead, our property will be valueless.”

As for the Bilderbergs favorite hang out, the market is obviously wrong:

Astir Palace Hotel has reported losses each year since 2003, according to company filings. It has net debt of 20.7 million euros,

“The focus is not on the historical performance of the listed company,” Karytinos said, declining to disclose the asking price for Astir Palace. “The true value is in the real estate and the traded company’s market capital is in no way reflective of the resort’s worth.”

Taprantzis also declined to give an estimate of the resort’s value.

Ironically, the “value” is rather meaningless. When it all comes crashing down, Greece will have collected pieces of paper for land that try hard as they might, foreigners simply can’t pick up and take home with them. Same goes for $100 million New York penthouses.