The Pew Center has released its annual summary of US pension and retirement health care (under)funding. As of 2010, the total underfunding gap rose by $120 billion from the prior year’s $1.26 trillion deficit to a record $1.38 trillion underfunding. This number consists of $757 billion in pension promises, not backed by any hard cash, representing pension liabilities of $3.07 trillion and assets of $2.31 trillion. In 2000, more than half of the states had their pensions 100 percent funded, but by 2010 only Wisconsin was fully funded, and 34 were below the 80 percent threshold—up from 31 in 2009 and just 22 in 2008. But that pales in comparison to the ridiculous spread between retiree health care liabilities of $660 billion and assets of, drum roll, $33 billion, or a funding shortage that is $627 billion, roughly 19 times the actual assets in the system! Just seven states funded 25 percent or more of their retiree health care obligations: Alaska, Arizona, North Dakota, Ohio, Oregon, Virginia, and Wisconsin. What this means is soon US pensioners will have no choice but to experience not only austerity unlike any seen in Europe, but broken promises of retirement benefits which will never materialize. The response will likewise be proportional.

Sadly, it is only going to get worse:

The plunge in tax proceeds during the recession made it even harder for states to make their annual retirement contributions. Tax revenues are up in most states but have not returned to previous levels. At the same time, competing, non-pension costs such as Medicaid are rising. Often, elected officials must choose among funding retirement benefits, raising taxes, or paying for schools, roads, and public safety.

Who will pay for the underfunding? In short: someone else:

Overall, states should have set aside nearly $51 billion to pay for these promises in fiscal year 2010, but they contributed just over $17 billion—about 34 percent of what was annually required. Only Arizona made the full contribution to pay for retiree health care and other non-pension benefits. Thirty six states set aside less than half. 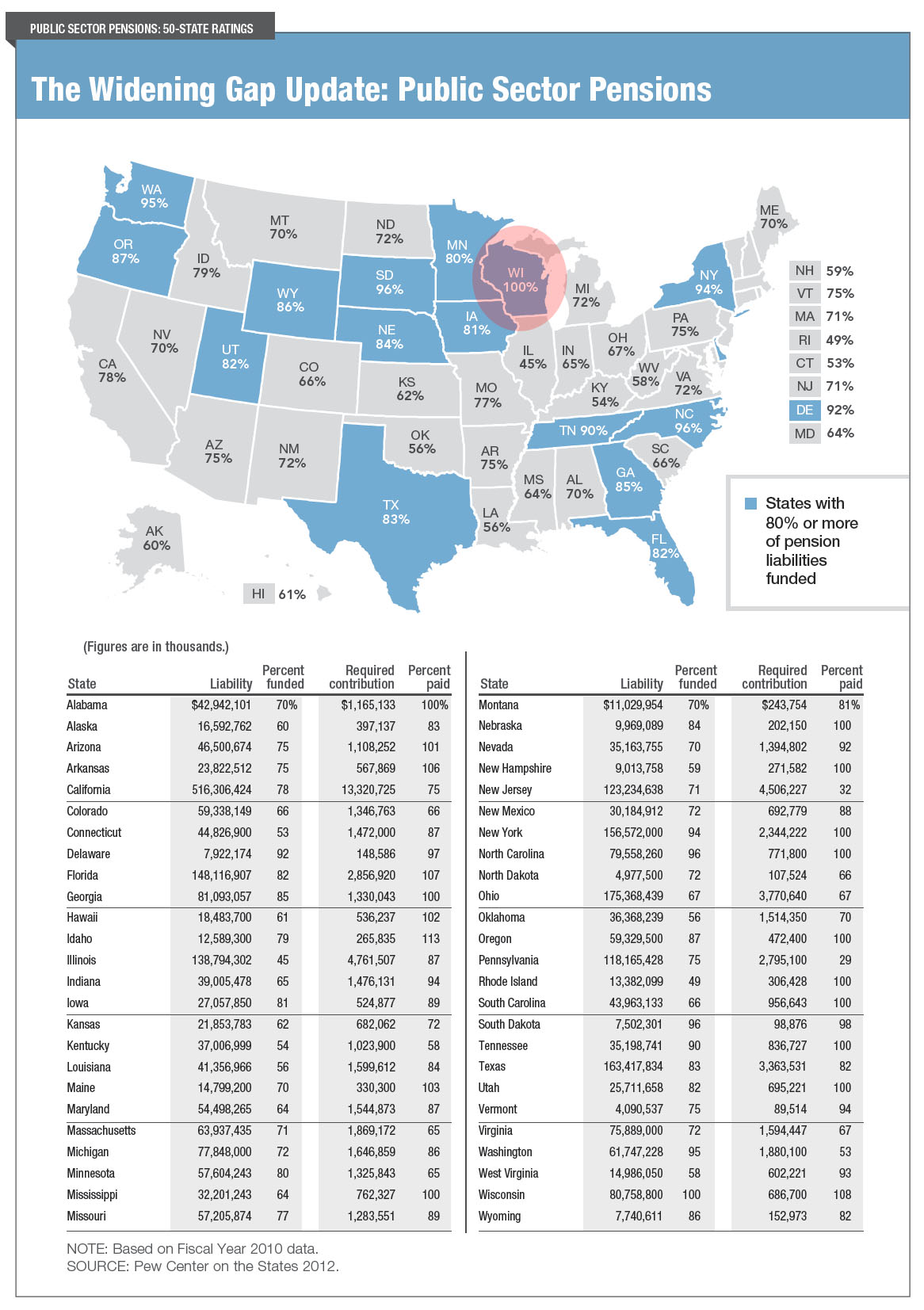 And this is the good news. Behold US retiree health “benefits”, or rather, the complete lack thereof. The really bad news? New Jersey has 0.0% of its retiree health benefits funded ($71 billion needed), while California has at 0.1% of its $77 billion in funding needs “covered.“ 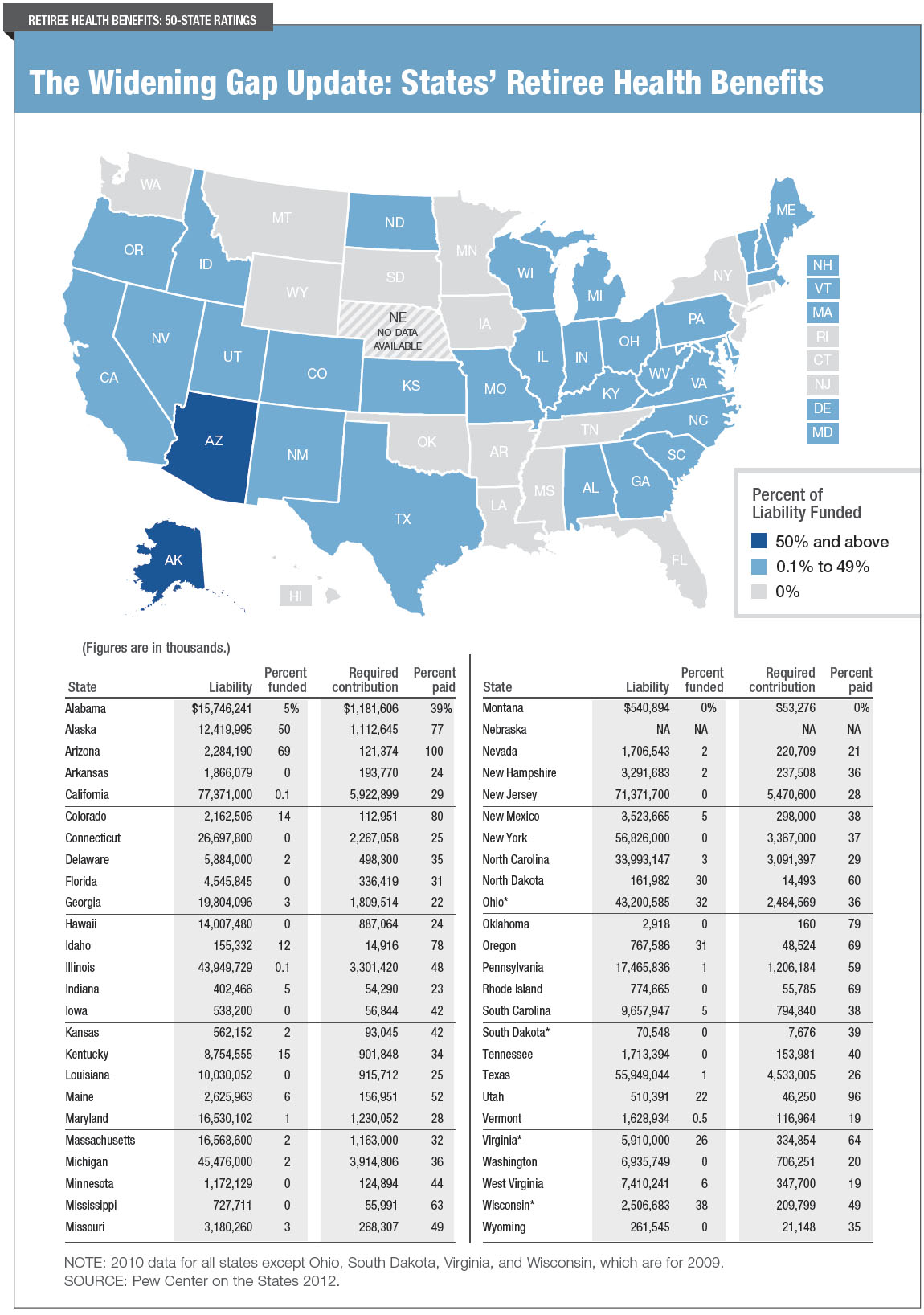 Those who wish to find out more, which would mean everyone both politicians, those in charge, and everyone who believes they will actually get the benefits they have been promised, can read more here.