While we discussed the definitive new world geography last week, it appears the CDS market has decided to add a new parallel for us, Germany is now Chile (in terms of 10Y restructuring and devaluation risk). As a reminder, Germany’s credit risk has risen by almost 50% in the last 3 months to record highs, and has converged higher towards Europe’s GDP-weighted average sovereign risk in the last 2-3 weeks. 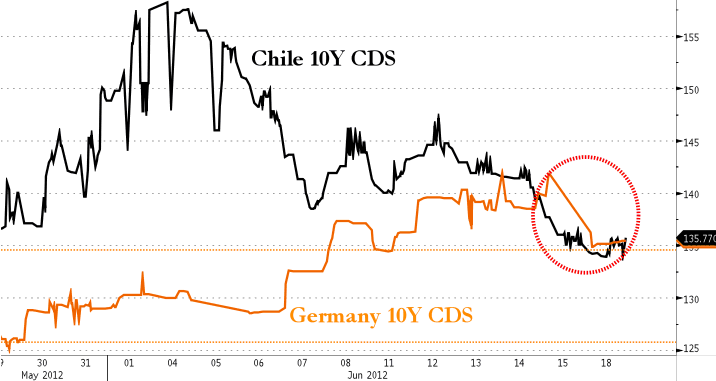 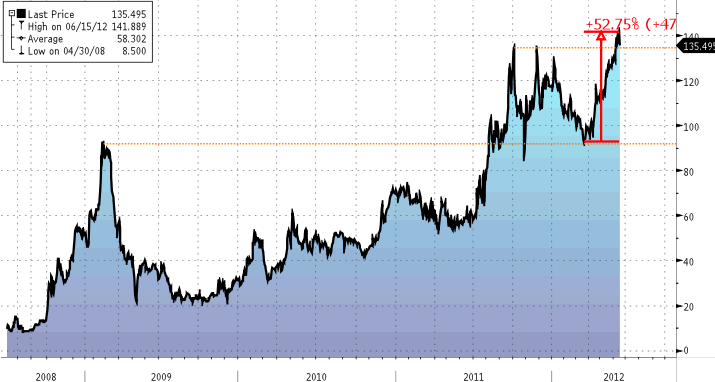 The point being that Germany’s credit risk has converged over 20bps (quite notably) higher towards the GDP-weighted sovereign risk of Europe in the last 2-3 weeks as belief in the risk-transfer union grows and today, that has reverted by around 10bps (as hope fades we suspect). 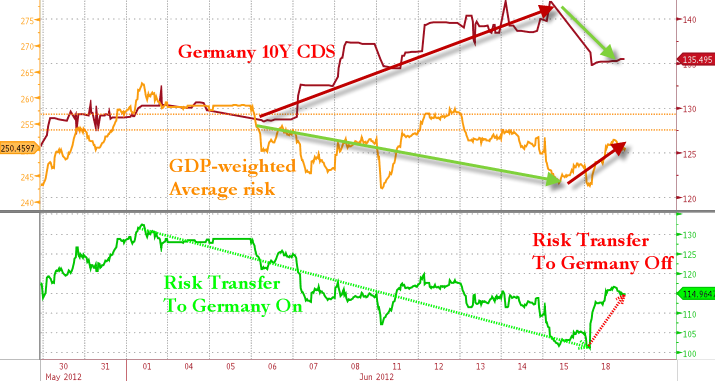