With few (if any) natural buyers of Spanish debt (especially given the lack of CDS-cash basis now), Spanish bonds continue to crumble lower in price and higher in yield/spread. For the first time ever, 10Y Spanish bond yields have passed 575bps over Bunds – currently trading at 7.15% yield. Since the post-banking-bailout open, Spanish bond spreads have soared a remarkable 114bps and whether this is seen as the fulcrum security or Italian bonds (which are also deteriorating rapidly this morning), it would appear that just as Spiegel reports today from the G-20, via a senior EU official: “If Germany Doesn’t Make A Move, Europe Is Dead”. 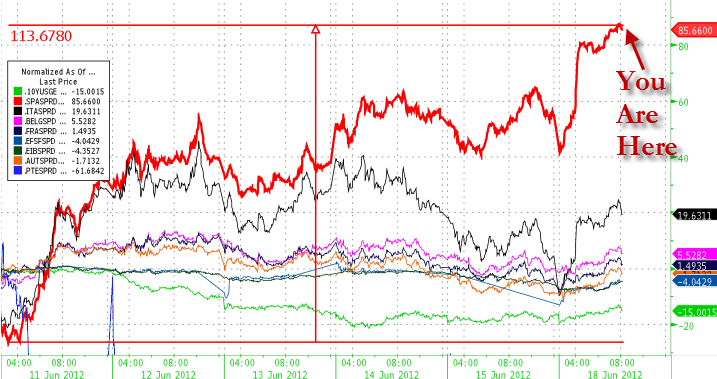