And if those factories would have to pay for all the ‘externalities’, which they are continuously dumping on the US taxpayer, then organic meat would suddenly look like a bargain. 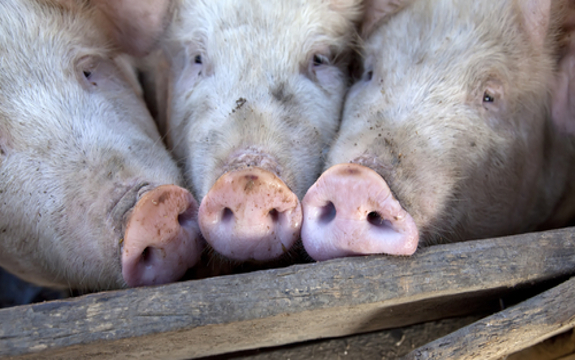 If you thought you were a major contributor to pollution, just wait until you hear this. Factory farms produce 100 times more waste than every single person in the United States combined. The amount of waste produced by these factories is in such mass quantities that it is virtually impossible to clean up properly. Much of this waste is dumped into the water supply, drastically increasing overall water pollution as well as contributing to the pollution found in drinking water.

Back in 2008 the Environmental Protection Agency (EPA) made a decision that affected many factory farms. They stated that any confined animal feeding operation (CAFO), also known as factory farms, “designed, constructed, operated, and maintained in a manner such that the CAFO will discharge” animal waste must apply for a National Pollutant Discharge Elimination System (NPDES) permit under the Clean Water Act. The livestock industry ridiculed this notion.

There have been past rulings concerning this issue that forced farmers to have a permit to discharge waste and to have a set plan as to how the waste would be discharged, or they would face civil or criminal penalties. The 2008 ruling went further with the issue, putting even more criteria in place to follow.

A ruling on Tuesday, March 15, 2011 by the Fifth Circuit Court of Appeals, however, ruled that the EPA has no right to require CAFOs to apply for permits unless they actually discharge waste. But if a CAFO does in fact discharge waste, the EPA can then require that CAFO to apply for a permit.

Nutrients in animal waste cause something known as algal blooms, which use up oxygen in the water and effectively cause a lack of oxygen for aquatic life to survive. These lifeless areas are called “dead zones”. The most notorious of dead zones can be found in the Gulf of Mexico, where it extended a record 8,500 square miles during the summer of 2002 and stretched over 7,700 square miles during summer of 2010, and is always fluctuating. Ammonia, a toxic form of nitrogen released during waste disposal, can be carried via air over 300 miles before being dumped back onto the ground or into the water, where it causes algal blooms and fish kills.

The past laws set in place forced CAFOs to apply for a permit and create a plan to handle the massive amount of waste the animals would inevitably generate. With this law changing and lowering the standards at which factory farms are run by, CAFO’s will be able to wait until the last minute before they decide to dump the waste. Despite the fact that the EPA will be able to penalize them for such actions, the CAFO’s will already have done the damage to the environment by ridding their land of millions of gallons of manure.

The simple fact is that factory farms are causing problems, and are still being widely used today.