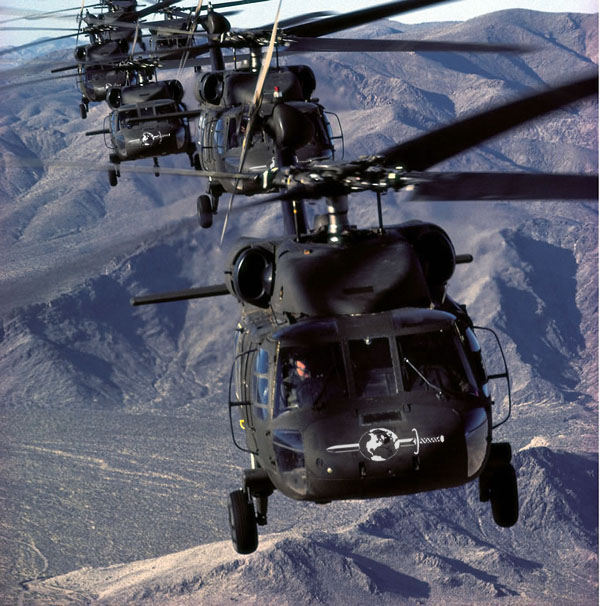 Secretary of State Hillary Clinton took on conservative forces that twice have blocked ratification of the United Nations Law of the Sea treaty, calling it crucial to U.S. economic and strategic interests in the Pacific and elsewhere.

The top American diplomat said some of the arguments against the treaty “cannot even be taken with a straight face.” These, she said, include claims that the U.S. would have to pay a “UN tax,” that it would give the UN power over the U.S. Navy and that it would erode U.S. sovereignty.

“Honestly, I don’t know where these people make these things up,” Clinton told the Senate Foreign Relations Committee yesterday. She chided critics who object to the U.S. joining any UN treaty saying, “Of course, that means the black helicopters are on their way,” a reference to conspiracy theories about a world government.

Republican critics of the treaty bristled. “I hope you weren’t scoffing at us,” Idaho Senator Jim Risch told Clinton. “There’s some good stuff in here, but if we give up one scintilla of sovereignty that this country has fought for, bled for, have given up our treasure and the best that America has, I can’t vote for it,” Risch said.

The Law of the Sea treaty sets out rules for the commercial use and environmental management of the world’s marine resources and sets boundaries for different countries laying claim to assets under the sea floor, including oil, gas and the rare earth minerals used to make mobile phones and flat-screen TVs.

Defense Secretary Leon Panetta and the chairman of the Joint Chiefs of Staff, Army General Martin Dempsey, joined Clinton. While Clinton stressed the economic case for ratifying the UN Convention on the Law of the Sea, the two men said becoming party to the treaty is vital to national security.

“This convention is absolutely essential to strengthening our position in the world,” Panetta said.

The officials appeared before a committee that was largely friendly, with a few notable exceptions. Senator Jim DeMint, the South Carolina Republican who has led opposition to the treaty, warned that “we could put ourselves at a disadvantage” by ratifying.

After Clinton said opposition to the treaty was “based in ideology and mythology, not in facts, evidence, or the consequences of our continuing failure to accede to the treaty,” Senator Mike Lee objected.

‘The Most Absurd Argument’

He and DeMint cited articles and subsections of the treaty as they questioned the impact it would have on U.S. sovereignty and on control of the Navy.

Clinton dismissed those questions by saying, “None of us would be sitting here if there were even a chance that you could make the most absurd argument that could possibly lead to that conclusion.”

Senator James Inhofe, an Oklahoma Republican, questioned the requirement that the U.S. pay royalties to the International Seabed Authority, which allocates mining concessions in areas of the seabed beyond any nation’s control.

At that point, Senator John Kerry, the Massachusetts Democrat who chairs the Senate panel, jumped in to say that U.S. business supports ratification because it cannot establish claims to seabed mines beyond the 200-mile territorial limit if the U.S. isn’t part of the convention. No bilateral treaty can cover these areas of the seabed, Kerry said.

“You’re here protecting companies from paying a royalty that they want to pay,” Kerry told Inhofe. “They’d rather have 93 percent of something” than get nothing.

Dempsey argued that the treaty protects navigation rights and that ratifying it would help the U.S. challenge countries intent on imposing their interpretations of customary international law.

Clashing claims over the oil-rich South China Sea between China and its smaller neighbors have brought that issue to the fore recently. The Arctic is another area of potential tension, and the U.S. Coast Guard also has welcomed ratification of the treaty.

“The Law of the Sea Convention is a huge building block for not only the establishment of U.S. interests in the Arctic, but it provides a framework through which the Coast Guard can meet its responsibilities,” James Loy, who is with the Cohen Group, a Washington-based consulting firm, said in a phone interview. Loy was deputy secretary of the Department of Homeland Security from 2003 to 2005 and commandant of the Coast Guard from 1998 to 2002.

Seat at the Table

Joining the 160 countries that already are party to the 30- year-old treaty would give the U.S. a seat at the table as decisions are made about how the Law of the Sea is interpreted, Panetta said. It would secure global access for military and commercial ships, aircraft and undersea fiber-optic cables.

Kerry framed the issue as an energy security concern. Ratifying the treaty would allow the U.S. to reap gains in the Arctic as waters warm, allowing for more exploration of what the Department of Homeland Security and the U.S. Geological Survey have estimated is at least $1 trillion in Arctic oil and gas, manganese, copper, nickel, cobalt and coal.

Russia is about to send its fifth mission to the region this summer, said Kerry. He added that “the Chinese are currently laying claims that may, in fact, impinge on U.S. interests and claims.”

Panetta dismissed claims that the treaty would limit the ability of U.S. spy agencies to collect intelligence, saying “nothing could be further from the truth.”