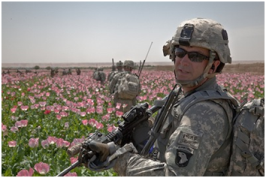 Yesterday this so-not-news news made the headlines: Central Asia Key to Afghanistan Heroin Smuggling – UNODC. The headline was followed by these so-not-accurate descriptions and statements [emphasis mine]:

A new report by the United Nations drug agency sheds light on the nuts and bolts of narcotics transit from Afghanistan through Central Asia, highlighting the former Soviet republics’ lackluster efforts at interdiction.

The 106-page report by the UN Office on Drugs and Crime (UNODC), released this month, describes how smugglers traffic heroin and opium from Afghanistan, the world’s largest producer, to Russia, the world’s largest consumer. Ninety tons of highly pure heroin, roughly a quarter of the substance exiting Afghanistan, passes through Central Asia annually. Yet in 2010 authorities in the region seized less than 3 percent of it. And despite international efforts to help, that number keeps falling. 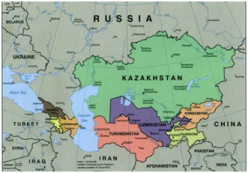 I know. I know it all sounds convoluted and highly complicated, but actually it is quite simple. I’ll get to that later, so let’s check out a few other so-not-true pieces of information from this so-not-news report:

Central Asia’s entrenched corruption makes the region a perfect smuggling route, says the report. Senior officials are complicit in the trade, or at least take bribes to look the other way, especially in Tajikistan and Kyrgyzstan. A lack of cooperation among neighbors also offers a boon to traffickers.

Let’s hold it right there. By entrenched corruption they mean the ruling regimes and its forces. They somehow find it irrelevant to mention the fact that these regimes are hand-picked, sustained and managed by the international dudes. Let me give you a few hints, starting with how we pick-feed-sustain the ‘entrenched corruption’ referred to in this so-called report:

In 2007, the Pentagon provided some 30 million dollars in a variety of aid programmes to the Bakiyev regime – mainly as compensation for access to the Manas Air Base, according to the report. That was roughly six times what it spent on democracy and civil society programmes. The Pentagon also reportedly awarded exclusive fuelling contracts – now under investigation both in Bishkek and in Congress – for U.S. operations at the base to companies in which Bakiyev’s cronies and son had substantial interests, contributing to the perception in Kyrgyzstan that Washington was backing a corrupt and increasingly authoritarian regime.

Do I really need to expand upon this? I don’t think so. But, remember, the report sites those neighbor countries as well, so let’s get a few facts straight here

Washington has provided military and police aid at various times to the Central Asian states – Kazakhstan, Uzbekistan, Tajikistan, Kyrgyzstan, and Turkmenistan – virtually since their creation after the collapse of the Soviet Union in 1991…By the end of the decade, aid had expanded in most of the five countries, as CENTCOM – whose writ runs from Egypt to China’s southwestern border – sent Special Operations Forces (SOF) to train local troops in counterinsurgency in increasingly restive Uzbekistan and Kyrgyzstan, and Uzbek and Kazakh militaries were taking part in NATO exercises… 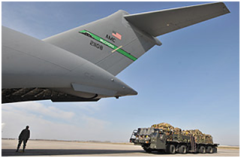 Are you with me so far? Good. Let’s proceed. In January 2012 I wrote a brief piece on Manas-US Air Base in Kyrgyzstan

Since 2001 Kyrgyzstan has been hosting the Transit Center at Manas (formerly Manas Air Base) as the transit point for US military personnel coming and going from Afghanistan, and pays 200 million for continued use of the facilities. For years the base has been riddled with scandals and fiascos.

And I quoted well researched and supported statements and reports on the real purpose of Manas:

Last year, Peter Dale Scott wrote a lengthy article outlining how US intervention in Kyrgyzstan, in the name of protecting its strategic air base, has led to the destabilization of Kyrgyz politics and to a drastic increase in the flow of drugs through the country:

“…that there is a deep force behind drug, intelligence, and jihadi activity, would be consistent with the legacy of the CIA’s earlier interventions in Afghanistan, Laos, and Burma, and with America’s overall responsibility for the huge increases in global drug trafficking since World War II. It is important to understand that the more than doubling of Afghan opium drug production since the U.S. invasion of 2001 merely replicates the massive drug increases in Burma, Thailand, and Laos between the late 1940s and the 1970s. These countries also only became major sources of supply in the international drug traffic as a result of CIA assistance (after the French, in the case of Laos) to what would otherwise have been only local traffickers.

As early as 2001 Kyrgyzstan’s location had made it a focal point for transnational trafficking groups. According to a U.S. Library of Congress Report of 2002,

Kyrgyzstan has become a primary center of all aspects of the narcotics industry: manufacture, sale, and drug trafficking. Kyrgyzstan’s location adjacent to major routes across the Tajik mountains from Afghanistan combines with ineffectual domestic smuggling controls to attract figures from what a Kyrgyz newspaper report characterized as “an international organization uniting an unprecedentedly wide circle of members in the United States, Romania, Brazil, Russia, Belarus, and Kazakhstan….These are no half-literate Tajik-Afghan drug runners, but professionals who have passed through a probation period in the mafia clans of the world narcotics system….”

The Badakhshan drug corridor is a matter of urgent concern for Russia. The Afghan opiates entering Russia via Tajikistan and Kyrgyzstan, the chief smuggling route, come from Badakhshan and other northeastern provinces. The reductions of the last three years in Afghan drug production, while inadequate overall, have minimally impacted the northeast, allowing opiate imports into Russia to continue to grow. Meanwhile the much-touted clearing of opium poppy from the Afghan northern provinces has in some cases simply seen a switch “from opium poppies to another illegal crop: cannabis, the herb from which marijuana and hashish are derived.”

As a result, according to U.N. officials, Afghanistan is now also the world’s biggest producer of hashish (another drug inundating Russia).67 This has added to the flow of drugs up the Badakhshan-Tajik-Kyrgyz corridor. In short, the political skewing of America’s Afghan anti-drug policies is a significant reason for the major drug problems faced by Russia today.

In July 2010 I wrote a lengthy investigative piece at Boiling Frogs Post on Kyrgyzstan, Bakiyev, Mina Corp and the connected US operatives:

When we talk about the strategic importance of Afghanistan, Pakistan, Tajikistan, Kyrgyzstan, and other ‘stans’ we are not talking only about strategic in the sense of traditional resources-oil, we also talk about ‘narcotics resources’:

At the moment the stock of pure heroin in Afghanistan is estimated at slightly below 3,000 tons, and the revenues of Afghan drug suppliers reach around $3 bn annually. The international drug mafia earns at least $100 bn annually on heroin from Afghanistan, the money nourishing organized crime not only in Afghanistan but also across Central Asia – in Kyrgyzstan, Kazakhstan, Tajikistan, and Uzbekistan.

And no, the real lords of these resources are not the farmers in Afghanistan or the mules transporting them. The real lords of heroin enterprises happen to be those who’ve been ‘groomed and planted’ to rule the source and transit nations, and the ones who rule those rulers who reside in the United States and other Western countries:

The revenues generated by the drug business are distributed among the criminal groups controlling various segments of the supply chain linking poppy farms to narcotics consumers. While Afghan poppy growers are enduring extreme poverty, the owners of the fields mostly reside in the US, Great Britain, and other Western democracies.

Now, let’s go back to that so-not-factual report on Central Asia’s role in Heroin:

Kyrgyzstan is the preferred route because of its porous, 870-kilometer border with Tajikistan (two-thirds of which has never been formally demarcated) and the country’s “widespread corruption.” Osh, near that border, is a “drug consolidation point,” and the stomping ground for criminal gangs that played a role in 2010’s ethnic violence. Kyrgyzstan’s ongoing instability directly and indirectly facilitates trafficking, says the report.

The report makes Tajikistan the fall guy, more accurately, the fall country. You know why? Let me give you a hint:

Although Tajikistan has consistently stood in the geostrategic shadow of its perennially unstable southern neighbour, Afghanistan, and lacks the political and military clout of its fellow post-Soviet Central Asian neighbours, Uzbekistan and Kazakhstan, it is a state of both regional and global import. Situated at a key crossroad within the Eurasian landmass, Tajikistan has the potential to play a strong role in shaping the economic development and trading opportunities for a number of state and non-state actors within Eurasia. With increased investment into its transport infrastructure, Tajikistan could provide a vital link between East Asia and the Persian Gulf, on the one hand, and between Russia and India, on the other. In effect, it could become an important pivot point in regional and global trade.

Iranian interest and investment in Tajikistan has continued to increase in recent months, with Iran signing a number of economic agreements with the Tajik government, including a plan to build an industrial town in the country. Although only in the formative stages, it is hoped that this project will eventually lead to the construction of fifty industrial enterprises including aluminium, cotton and fruit processing plants at an estimated cost of over $2 billion.

In addition to these investments, Iranian political elites have also sought to increase economic ties between Iran’s eastern provinces, north-western Afghanistan and Tajikistan. They have promoted cooperation in the areas of water management, electricity distribution, rail development and deregulation in visa and customs procedures.

Right. The foreign smuggler dudes who happen to be the same international dudes in charge of Central Asia’s heroin corridor don’t like Tajikistan who happens to like Iran. That makes Tajikistan a good fall country for a not-so-true report.