Following up this article..1.4 μSv/h of alpha ray in Niigata

500,000Bq/kg of cesium was measured on the roof of Yamagata university, announced in Yamagata prefectural disaster committee on 5/30/2011.

It was the dust accumulated around the drain on the roof of the university building.

Yamagata prefecture is on the west coast of Japan, thought to be relatively less contaminated than east coast.(100km away from Fukushima plants) 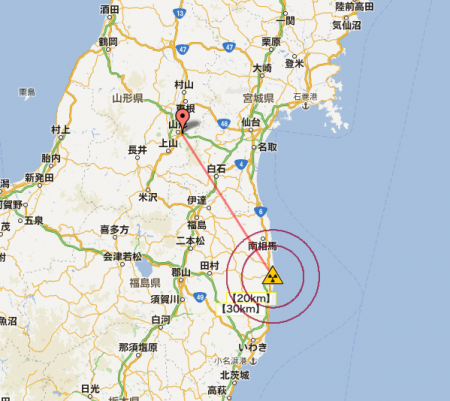 Though it was measured one year ago, evacuation order has not been given out.

As a reference though this is not natural soil, comparing it with the contamination level in Belarus in the same way as this,