Here is a lot more what you can do to protect yourself (incl. links to scientific studies): 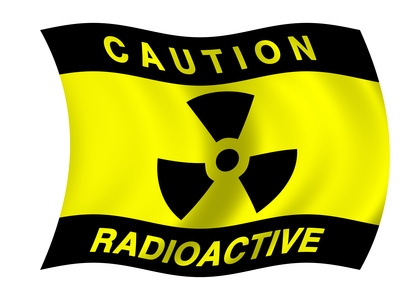 –  Fukushima Radiation Release is Worse than You Have Been Told – What You Can Do to Protect Yourself (Farm Wars, May 14, 2012):

(OMNS May 14, 2012) People have been misinformed about the tragedy at Fukushima and its consequences. There is a continuing cover up, the reactors have not been stabilized, and radiation continues to be released. The Japanese College of Intravenous Therapy (JCIT) has recently released a video for people wishing to learn more about how to protect themselves from contamination by taking large doses of vitamin C.

All four parts of the video are also available here http://firstlaw.wordpress.com/. Readers may link to, embed in their webpages, and make copies of the video for free distribution.

In the fall of 2011, JCIT presented a study that Fukushima workers had abnormality gene expression, which may be avoided using dietary antioxidants, especially vitamin C. The data was presented in Japan, Taiwan, and Korea. The JCIT sent letters to the government urging the government to tell the people how they may protect themselves from radiation. To date, the recommendation has been ignored by Japanese government and TEPCO (Tokyo Electric Power Company).

Linus Pauling gained the Nobel Peace Prize in part based on his calculations of the number of deaths from nuclear weapons fallout.[1] He was supported by physicist and father of the Soviet bomb Andrei Sakharov, who also later received the Nobel Prize for peace.[2] These and other scientists estimated that there would be an extra 10,000 deaths worldwide for each megaton nuclear test in the atmosphere. A nuclear reactor can contain much more radioactive material than a nuclear weapon. Fukushima had six reactors, plus stored additional radioactive material and nuclear waste.

Ionizing radiation acts to damage living tissue by forming free radicals. Essentially, electrons are ripped from molecules. Removing an electron from an atom or molecule turns it into an ion, hence the term ionizing radiation. X-rays, gamma rays, alpha- and beta-radiation are all ionizing.

Most of the damage occurs from ionizing radiation generating free radicals in water, as water molecules are by far the most abundant in the body. While avoiding unnecessary exposure to ionizing radiation is clearly preferable, people affected by Fukushima do not have the luxury of avoiding contamination.

Free-radical scavengers, as the name suggests, mop up the damaging radicals produced by radiation. The more common term for free radical scavenger is antioxidant. Antioxidants replace the electrons stripped from molecules by ionizing radiation. Antioxidants have long been used in the treatment of radiation poisoning.[3-7] Most of the harm from ionizing radiation occurs from free radical damage which may be quenched by the free electrons antioxidants provide. Fortunately, safe antioxidants are widely available as nutritional supplements. Vitamin C is the prime example.

Vitamin C is of particular importance and should be included at high intakes for anyone trying to minimize radiation poisoning. High dose vitamin C provides continual antioxidant flow through the body. It is absorbed from the gut and helps to replenish the other antioxidants. When it is used up, it is excreted in the urine. Importantly, it can chelate, or grab onto, radioactive heavy metal atoms and help eliminate them from the body. Large dynamic flow doses of vitamin C (about 3,000 mg, taken 4 times a day for a total of 12,000 mg) would exemplify antioxidant treatment. Higher doses have been used by Dr. Atsuo Yanagisawa and colleagues. [8,9]

Shortly after the disaster, Dr. Damien Downing described how supplements can help protect against radioactive fallout.[10] OMNS issued an update on the response to Fukushima in Japan.[11] Recently, Dr. Gert Schuitemaker has provided a review of vitamin C as a radio-protectant for Fukushima contamination.[12]

Persons living in the areas affected by radioactive contamination can take antioxidant supplements, especially high doses of vitamin C, to counteract the negative consequences of long-term low dose radiation exposure, as well as to protect the health of coming generations.[12,13] People who have a possible internal or external radiation exposure should take antioxidant supplements to maintain an optimal antioxidant reserve. Because of the enormous size and oceanic spread of Fukushima contamination, this literally applies to everyone.

The peer-reviewed Orthomolecular Medicine News Service is a non-profit and non-commercial informational resource.