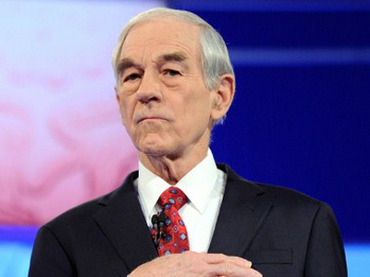 Presidential hopeful Ron Paul has condemned a plan being considered in the United States House of Representatives that would allow for the US to continue aiding in the defense of Israel by equipping the Jewish state’s military with added weaponry.

From Washington, D.C. on Wednesday, Congressman Ron Paul (R-Texas) attacked the contents of an act currently up for discussion that, if passed, would reestablish America’s major role in Israeli affairs. Rep Paul fears, however, that it would do more harm than good for all nations involved.

“This bill’s real intent seems to be more saber-rattling against Iran and Syria,” insisted Paul, “and it undermines US diplomatic efforts by making clear that the US is not an honest broker seeking peace for the Middle East.”

“The bill calls for the United States to significantly increase our provision of sophisticated weaponry to Israel, and states that it is to be US policy to ‘help Israel preserve its qualitative military edge’ in the region,” added the congressman.

The bill itself was created to reaffirm America’s “commitment to Israel’s security as a Jewish state,” “provide Israel with the military capabilities to defend itself,” “expand military and civil cooperation” and “encourage Israel’s neighbors to recognize Israel’s right to exist as a Jewish state,” among other matters according to the official synapsis included in the legislation. It was introduced in March by Rep. Eric Cantor and discussed for around one hour on Wednesday afternoon before a motion to reconsider was laid on the table and agreed without objection.

Explaining his opposition, Rep. Paul told his fellow lawmakers that “While I absolutely believe that Israel – and any other nation – should be free to determine for itself what is necessary for its national security, I do not believe that those decisions should be underwritten by US taxpayers and backed up by the US military.”

“This bill will not help the United States, it will not help Israel, and it will not help the Middle East,” concluded Paul. “It will implicitly authorize much more US interventionism in the region at a time when we cannot afford the foreign commitments we already have. It more likely will lead to war against Syria, Iran, or both. I urge my colleagues to vote against this bill.”