“Anything we can do from a policy standpoint that can reduce excessive public concern about an event has huge economic benefits,” said Burns. “We’re not trying to bamboozle the public. We want them to believe the truth based on expert, objective people.” 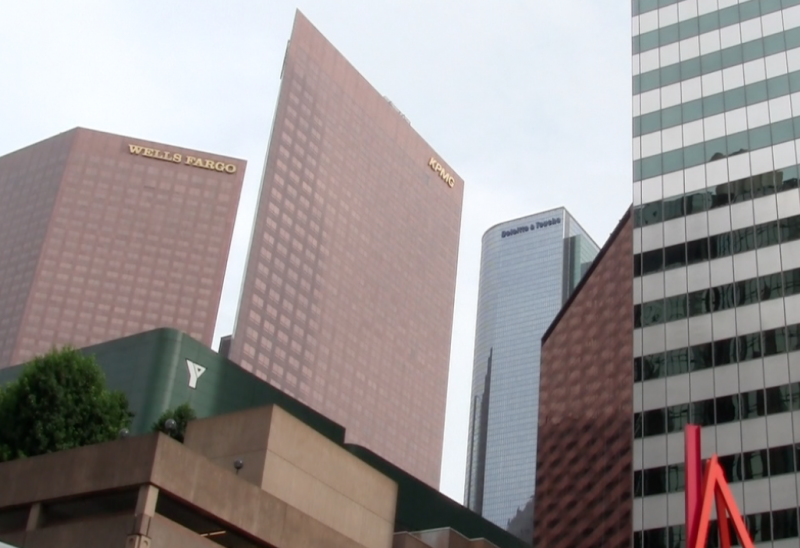 On March 11, 2011 a devastating earthquake off the coast of Tohoku, triggered violent tsunami waves that claimed the lives of at least 15,854 people. More than 3,155 people are still missing. The World Bank has estimated that the economic cost of the tragedy is about $235 billion, making it single most expensive natural disaster in world history. It was a disaster of epic proportions—the greatest earthquake ever to have hit Japan and one of the strongest since record keeping began in 1900.

So strong was the earthquake that it physically changed Japan’s landscape, bringing it 7.9 feet closer to North America and shifting the earth’s axis anywhere from 10 to 25 centimeters. It also caused several nuclear meltdowns at three reactors in the Fukushima Daiichi Nuclear Power Plant complex. An aftershock several days later caused the Onagawa Nuclear Power Plant to lose three of four external power lines and impacted cooling functions, leading to a spill of a couple liters of radioactive water.

Massive loss of life resulted from the natural disaster, not the nuclear accidents that Japan worked diligently to contain. Yet it was an accident due to man’s oversight, in this case not preparing nuclear sites for a massive 9.0 earthquake, which caused more fear globally following the natural disaster. Worldwide media immediately began to draw comparisons between the 1986 Chernobyl nuclear disaster in the Ukraine and the Fukushima meltdown.

“Chernobyl is much, much worse,” said Najmedin Meshkati, an engineering professor with the USC Viterbi School of Engineering. Meshkati, who has visited Chernobyl’s nuclear accident site, is an expert on effects of earthquakes on nuclear plants and emergency responses. “There was really not anything wrong with the design of the [Japanese] reactors,” said Meshkati. “However, we really need to change some of our basic assumptions. Aristotle had a beautiful line: ‘Probable impossibilities are to be preferred to improbable possibilities.’ What we saw in Japan were probable impossibilities.”

There is no way to know for certain how humans react when faced with disaster. But making the unthinkable thinkable—understanding the ramifications of a disaster and methods that can help in preparing for its consequences—is a focal point of the research at USC’s Center for Risk and Economic Analysis of Terrorism Events (CREATE).

A team of researchers recently completed a Department of Homeland Security-funded study that assesses the regional economic impacts of a hypothetical catastrophic event like a radiological dispersal device (RDD) attack or a “dirty bomb” attack on Los Angeles’ financial district compared to a natural disaster like an earthquake. Such an attack has the potential to cause radioactive fallout across the city and surrounding areas—thereby causing a mass exodus and significant damage to commerce. After New York, Los Angeles is the second most populous city in the United States. It’s no great surprise, therefore, that the city has long been a top target for terror organizations such as al-Qaida.

“Risk assessment has everything to do with the public’s response to disasters—particularly disasters that are essentially man-made,” said Burns, who was a researcher on the Los Angeles project. “Findings indicate that terrorism is the largest because it’s malevolent. We fear terrorists the same way we fear sharks in the ocean.”

Using a carefully honed methodology, the research identifies consequences of a terror attack and the public’s reaction to it. Scientists surveyed 625 people nationwide by showing them a mock newspaper article and newscasts. The participants, who represent people of all incomes, ethnicities and racial backgrounds, were asked a series of questions to record their perceptions. Economists working on the project translated the perceptions into estimates of economic incentives needed to persuade people to remain in the city.

On average employees would demand a 25 percent increase in wages to return to their jobs. Most businesses would require a higher rate of financial return to remain in an area where there is a high radiation risk. After six months following an attack, 41 percent of those surveyed said they would still not consider shopping or dining in the financial district.

In comparison, an earthquake was far less likely to instill fear among the research participants even though it is a potentially more devastating disaster. As in the aftermath of the tsunami in Japan, fear of contamination would be considerable. “People fear man-made events much more even though natural disasters boast a much greater threat,” said Burns.

According to Burns, behavioral effects tend to have long-term harmful impacts on both the supply-cost of resources and willingness to pay for output in the directly affected area. Ultimately, this can generate direct and indirect losses in broader regional Gross Domestic Product (GDP).

“The financial district there would probably be shut down completely for a couple of months,” said Adam Rose, who studied the major economic impacts of the disaster. “Most of those costs are related to the behavioral effects.”

Fear causes a “dampening effect on the economy,” according to Rose, which would mean ripple effects as costs increase that impact demand for goods, prices and quantities of products. The public’s fear has the potential to cost 15 times more than the original wreckage and clean-up.

Unlike the terror attacks on Sept. 11, 2001, a dirty bomb attack carries with it the possibility of contamination. While many workers saw long-term health impact following the attacks on the World Trade Center and Pentagon, there was no nuclear device or immediate scare of contamination.

Ultimately, public perception of an event, such as a terror attack or natural disaster, directly influences economic impact and long-term societal impact. Carefully crafting messages to both advise the public and alleviate fears not only helps to prevent panic, but also helps to prevent long-term economic harm. Anything that can be done from a policy standpoint to reduce excessive fear from the public has considerable benefits.

“Anything we can do from a policy standpoint that can reduce excessive public concern about an event has huge economic benefits,” said Burns. “We’re not trying to bamboozle the public. We want them to believe the truth based on expert, objective people.”