The American government “is using its power to intimidate, prosecute and prevent government employees from sharing information about state officials’ misconduct”, insists Stephen Kohn, attorney and author of The Whistleblower’s Handbook.

­This attack on whistleblowers in America is an attack on fundamental freedom of speech, “preventing the American people from learning about the abuses of their government,” warned the attorney.

“The doctrine of the state secret privilege in the US puts a censorship veil over everything you want to blow a whistle on.”

Former CIA Officer John Kiriakou, who was the first official to confirm the waterboarding of terrorist suspects, has been indicted for repeatedly disclosing sensitive information to journalists.

The same law was also used against whistleblower Bradley Manning, the army private who handed secret documents to Wikileaks.

Both cases go against the very basics of the US constitution, says Stephen Kohn.

“The First Amendment was enacted to prevent precisely what we’re seen unfolding today. People in the government witness abuses and they have a right to blow the whistle on them,” Kohn points out. “We are challenging the legal predicates that they have used to prosecute and suppress throughout this country. We are challenging them because they are illegal and unconstitutional,” he said. 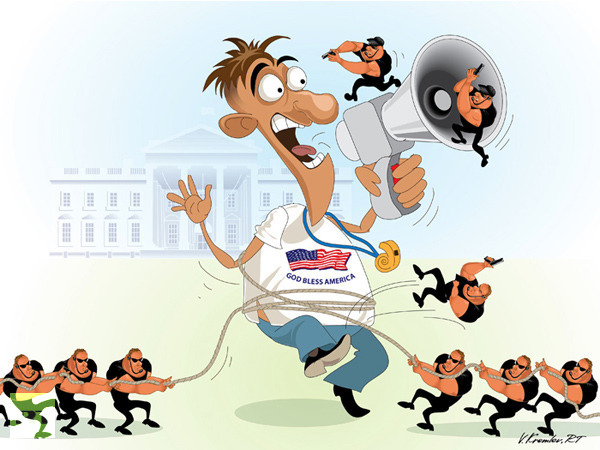 In 2008, when campaigning for president, Barack Obama told voters in Fairfax, Virginia, that he is preparing a federal law to protect those who disclose suspect practice.

“I wrote a brief for a federal whistleblowers law, to make sure that it applied in more situations all the way to the Supreme Court… making sure that those whistleblowers get protection,” Obama said.

But under the Obama administration, whistleblowers have received treatment much more harsh than in the times of George W. Bush.

Stephen Kohn says it’s vital to be more aggressive with those in government who intend to gag dissenters.

“We need an adult in the room. We need someone to stand up and say, ethics in government is important. Those in the government who want to suppress dissent have to be either pushed back, or they have to be fired,” argued Kohn, noting that Obama appears to have ditched his concern for whistleblowers.

“We have to demand that our constitutional rights are protected, we have to take those claims to court, all the way to the Supreme Court if necessary, and we have to go to the Congress for the American people to fight for their rights,” the attorney called on Americans.

“These rights are not passive. If you wait for someone to give them to you – they will retaliate and you will be waiting a long time,” Kohn warned.