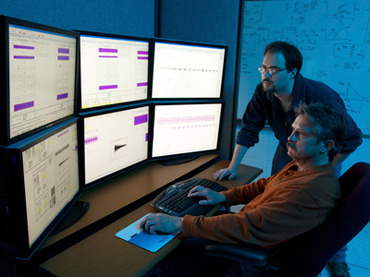 After 9/11, the United States government created the Department of Homeland Security to prevent future acts of terrorism and deal with other domestic issues. Now in order to keep doing such, the agency is asking for 450 million hollow point bullets.

The DHS has signed off on an “indefinite delivery” from defense contractors ATK that will include, for some reason, nearly 500 million high-power ammunition for .40 caliber firearms. The department has yet to discuss why they are ordering such a massive bevy of bullets for an agency that has limited need domestically for doing harm, but they say they expect to continue receiving shipments from the manufacturer for the next five years, during which they plan to blow through enough ammunition to execute more people than there are in the entire United States.

“We are proud to extend our track record as the prime supplier of .40 caliber duty ammunition for DHS,” reads an official statement from Ron Johnson, ATK’s president of Security and Sporting, who adds that his group will also be giving up weaponry to the DHS subdivision of ICE, or Immigrations and Custom Enforcement.

While ammunition itself seems not too unreasonable of a request by a major federal entity that emphasizes domestic durability and safeguarding the country from coast to coast, the choice — and quantity — of its hollow point order raises a lot of questions about future plans for the DHS. ATK says they won their contract with the US government by being able to provide them with 450 million HST bullets, which it describes as “the next generation in high performance duty ammunition.”

What does that mean, exactly? On their website, the contractor claims that the ammunition is specifically designed so that it can pass through a variety of obstructions and offers “optimum penetration for terminal performance.” Or, in other words, this is the kind of bullet designed to stop any object dead in its tracks and, if emptied into the hands of the DHS a few hundred million times, just might do as much.

Since its inception, the Department of Homeland Security has not only absorbed ICE and other government entities, but has arguably extended its powers much more broadly than many had imagined. Under the recently authorized Trespass Bill, H.R. 347, protesters that allegedly disrupt occurrences acknowledged by the DHS of being a National Special Security Event will be charged with a federal crime. As the DHS gains more and more ground in fighting terrorism domestically, the US at the same time has turned the tables to make its definition of terrorist way less narrow. With any American blogger or free thinking on the fringe of what the government can go after under H.R. 347, or the National Defense Authorization Act that allows for the indefinite detention of US citizens without charge, the DHS could just be blasting through what’s left of its budget to make sure that its roster of agents across the country can get in their target practice over the next few years.

Of course, the government might just want to ensure that each one of those agents is more than able to assassinate Americans not just around the globe, but on their own soil. After all, for all of those angsty alleged Americans engaged in terrorism abroad, the US has the largest military in the history of the world to deal with them. In that case, they could argue that it only makes sense to equip their armed forces at home as well.