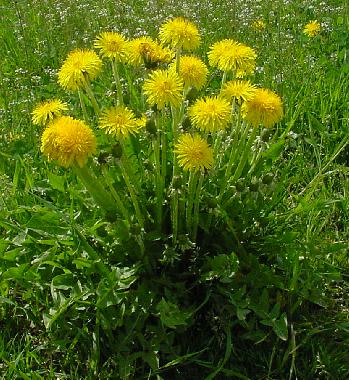 Dandelion is the bane of immaculate lawn enthusiasts, but holds healing secrets that few people realize. Dandelion is a delicious super-food to add to salads and soups. It contains substantial vitamins and a host of plant-based minerals, especially potassium. The herb stimulates the flow of bile from the liver into the gall bladder, making dandelion a key ingredient in liver cleanse formulas. It helps to break down liver fats and is an effective diuretic. The scientific community has been frenetically studying dandelion recently, due to encouraging evidence that dandelion suppresses the growth and invasive behavior in several types of cancer.

Scientists at the University of Annunzio Chieti-Pasaca in Italy compared extracts of tumeric, dandelion, rosemary, and artichoke in a study released in 2010. The researchers acknowledged the positive effect that these herbs have on the liver and gallbladder, and wanted to compare their anti-proliferation (spreading), antioxidant (combating free radical activity), and protective effects. While tumeric had the greatest antioxidant effects, dandelion also had these qualities. The scientists confirmed that these herbs are useful healing aids in modern phytomedicine.

Medical science is finally beginning to accept the positive results from natural dietary supplements in healing cancer. Just in the past few years, clinical research has been published stating the benefits of herbal supplements such as dandelion for cancer. Here are a few studies:

The International Journal of Oncology published a 2011 report that a dietary supplement containing dandelion as one ingredient suppresses the growth of prostate cancer cells.