“I felt a great disturbance in the Bourse, as if 216 hedge funds suddenly cried out in terror and were suddenly silenced. I fear something terrible has happened.” 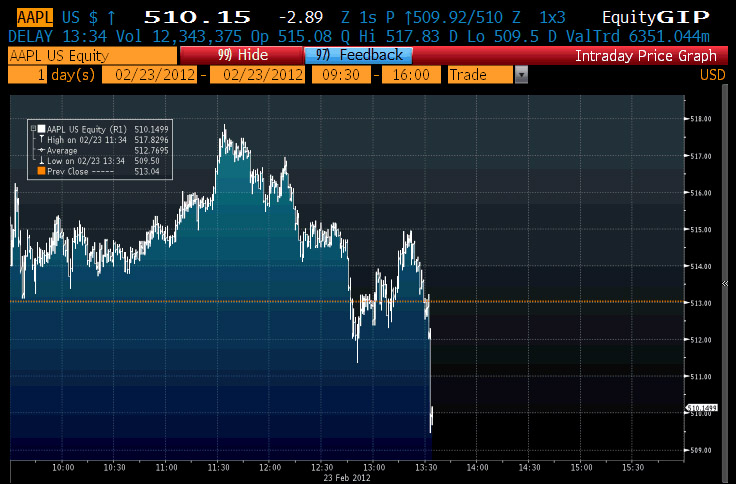 What happened? Cook is speaking at the Apple shareholder meeting, and the topic of a dividend of the company’s $100 billion in cash has come up.

Of course, if there is a dividend, the magic is over. In the meantime, a drop in the stock is still inconceivable.