Despite disappointing auction results in France, the downgrade hangovers (sell the rumor, buy the news?), and increasingly likely Greek PSI talk epic-fail, most European sovereigns are rallying modestly on the day. Given the expected shift in the AAA benchmark used for margining (dropping higher yielding France ‘AAA’s as they are downgraded will lower AAA benchmark significantly and implicitly widen the yield differential for other sovereigns), it is perhaps no surprise that TPTB are active in BTPs (Italian bonds) but it appears that Portugal (admittedly illiquid) has been left to its own devices. Portuguese 10Y bond spreads to bunds just broke 1250bps, +180bps on the day and at record wides. Given the subordination concerns as ESM is accelerated, it is perhaps no surprise that the ECB’s SMP has seemingly decided that Portugal has crossed the Rubicon into Greece territory. 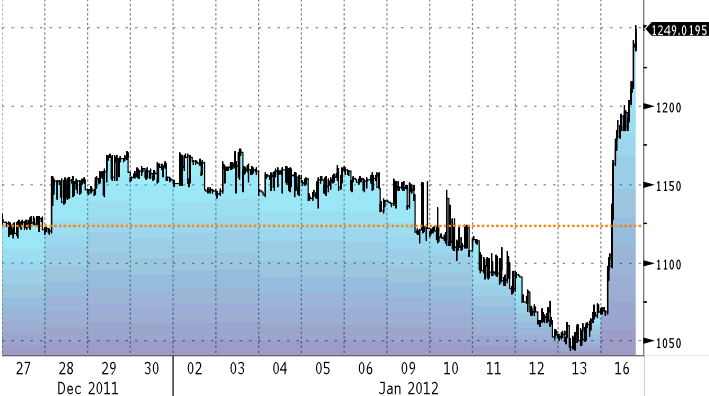