One of the more curious dynamics for those who follow the gold market closely, has been the relentless grind lower (or higher if looked at on an absolute value basis), of gold lease rates (defined as Libor – GOFO), which recently hit all time record lows (i.e., negative), for the 1 month version, although the more traditional 3 Month (as it is based on the benchmark 3M USD Libor) was also quite close to breaching historic low levels. And while we have discussed the nuances of Libor-GOFO, or the gold lease rate extensively before, a good summary was presented by Jesse’s Cafe Americain yesterday, who correctly suggested that record lease rates are a primary driver for the near historic sell off we experienced yesterday.

In a nutshell, negative lease rates mean one has to pay for the “privilege” of lending out one’s gold as collateral – a prima facie collateral crunch. The lower the lease rate, the greater the use of gold as a source of liquidity – and since the indicator is public – it is all too easy for entities that do have liquidity to game the spread and force sell offs by those who are telegraphing they are in dire straits and will sell their gold at any price if forced, to prevent a liquidity collapse. Said otherwise: to force a firesale. Well, we are happy to announce that the selloff spring clip potential that is embedded in a near record negative lease rate has now been discharged courtesy of the $100 dump in the past two days, which may have happened for a plethora of reasons and nobody can tell why precisely, but one thing is now sure: the underlying tension in the supply and demand for gold as a source of liquidity has collapsed. That said, the next time we approach the previous thresholds we will advise readers as it will likely indicate another gold-derived liquidity rubberband “breach” is imminent. 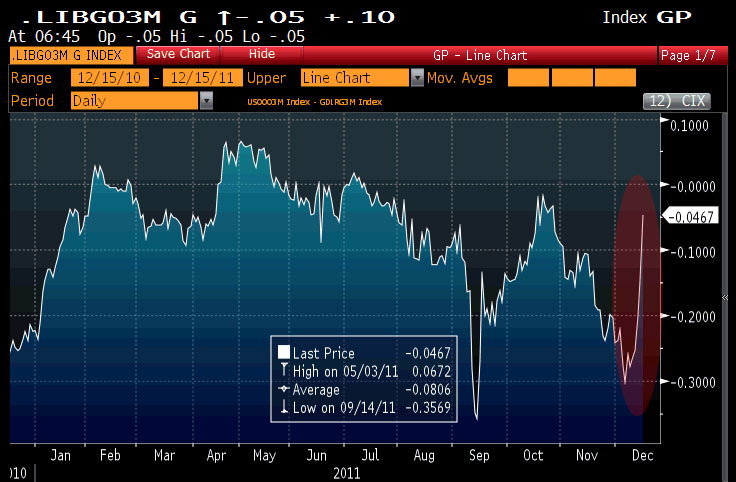 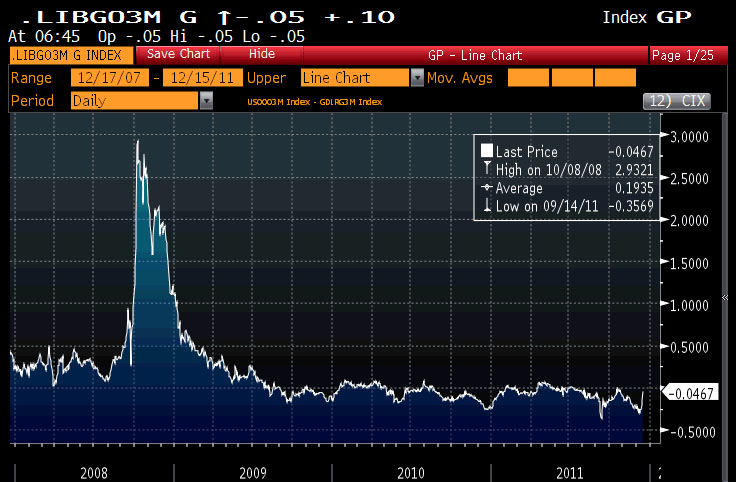