Following the release of its November fund statistics, Pimco’s Total Return Fund has once again reaffirmed it is betting on imminent QE by the Fed in the form of MBS monetization, a trend it started two months ago as we pointed out. And with a record $60 billion short cash position, or 25% of the entire fund $242 billion AUM, they better be right this time (he did the same thing in Jan-Feb… that did not work out too well). It is amazing to consider that back in April, Gross was long $90 billion in cash: a $150 billion swing! The TRF’s 43% holdings of MBS is an increase of 5% compared to October, the most since December 2010, but still just half of the 86% held in February 2009 in expectation sof MBS monetizations by the Fed as part of QE 1. Just as notable is the near record effective fund duration, which at 7.46 was the second highest ever, just a modest drop from the 7.58 in October. What is most curious is that Gross, for the first time as far as our records go, is completely out of the 0-3 year maturity range. Which makes sense: after all the Fed has telegraphed there will be no money made in that band of rates until mid-2013, a deadline which will likely soon be extended.

Needless to say, this continued telegraphing of MBS as being the proud recipient of Fed purchase tickets has propmted Citi’s MBS strategist Inger Daniels to say that when the Fed announces QE3, it will “likely focus on agency MBS” and could see up to $700 billion by the end of 2012. Daniels forecasts that the Fed will make MBS balance sheet expansion based upon following constraints: i) must impact mortgage rates: while “difficult to quantify” impact of QE3, estimate $700b program may reduce primary mortgage rates ~25bps; ii) Fed ownership must not exceed 1/3 of fixed rate MBS market: $700b QE3 would result in balance sheet holding ~$1.527t of $4.629t fixed rate MBS market; iii) Coupon-by-coupon ownership not to exceed QE1 levels: by end of QE1 Fed held 77%, 66% of 30-yr 4s/4.5s, respectively. Could expand balance sheet by $700b and stay under 55% ownership of any 30-, 15-yr coupon and lastly, iv) Fed does not consume too large pct. of monthly issuance: $700b program lasting ~8-9 months would take down ~80% of gross issuance, was 100% of gross monthly issuance during QE1 (as summarized by Bloomberg). Naturally, Citi does not exclude Treasurys also being bought in tandem with MBS a la QE1.

In the meantime, here is the stunning portfolio snapshot of Gross, and his duration distribution. Can you say “all in”? 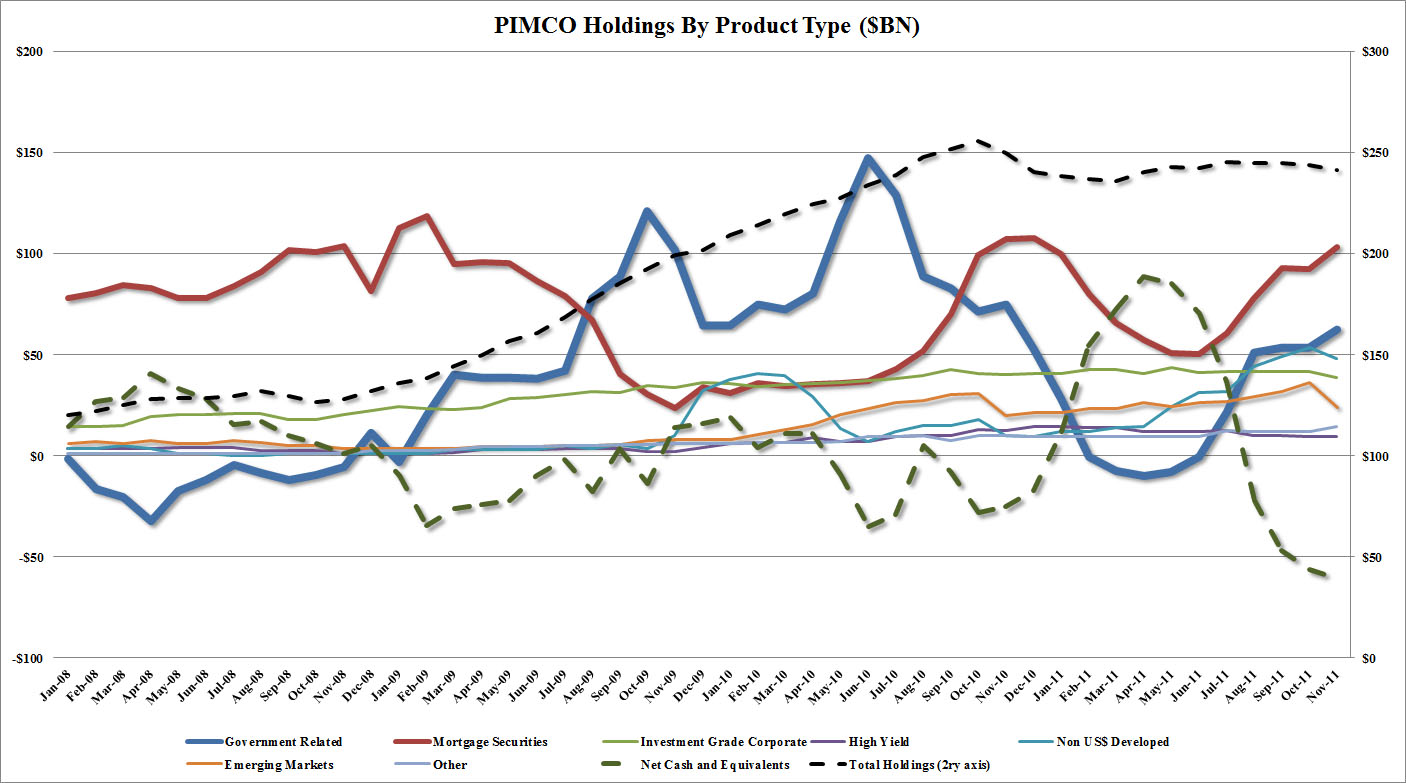 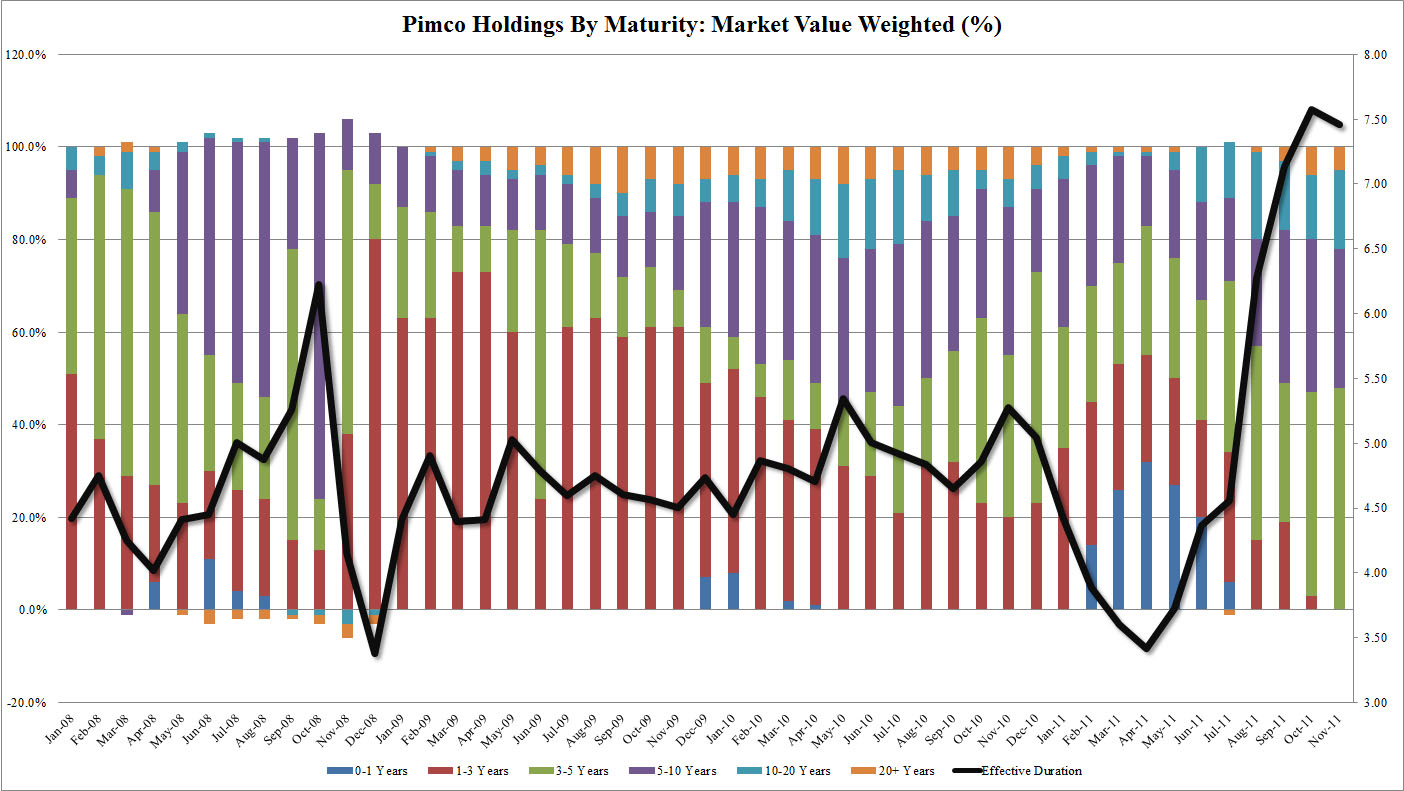