– In Past Week Americans Pull The Most Money From Stock Market Farce Since US Downgrade, Despite Market Surge (Dec. 7, 2011):

As if we needed another confirmation that the sad joke of a market has now succeeded in driving virtually everyone out courtesy of precisely the kind of bullshit we saw in the last 30 minutes of trading today, here comes ICI with the latest weekly fund flow data. It will not surprise anyone that in the week in which the S&P rose by a whopping 8 points on absolutely nothing but more lies, rumors and innuendo, US retail investors pulled a whopping $6.7 billion from domestic equity funds: the most since the week after US downgrade when a near record $23 billion was withdrawn. Only unlike then when the market bombed, this time it simply kept rising, and rising, and rising. In other words, every ES point higher serves no other purpose than to provide an even more attractive point for the bulk of that now extinct class known as investors to call it a day, and pull their cash out of this unprecedented shitshow that central planning has converted the market into. And for those keeping score, a total of $123 billion has now been pulled from stocks in 2011, well over the $98 billion withdrawn in 2010. 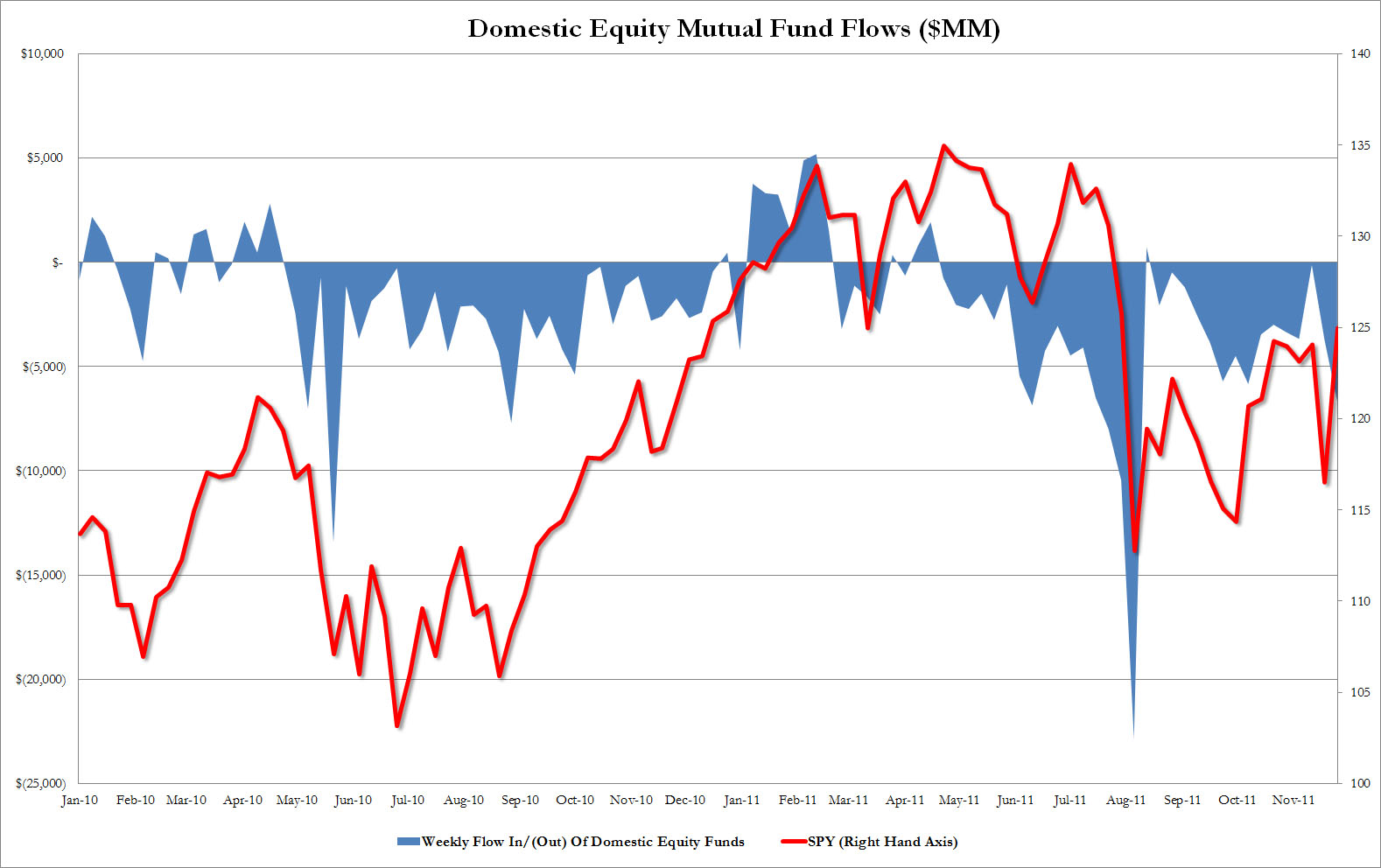