Rami Abdulrahman of the Syrian Observatory for Human Rights in London told the British newspaper The Daily Telegraph the Tal Asour pipeline is the main pipeline feeding the Homs refinery.

A Syrian pipeline carrying oil from the east of the country to a vital refinery in Homs was blown up on Thursday in an act state news described as “terrorism”.

Just when you hoped the worst was over with Draghi’s market-disappointing news this morning, things just got a lot more real in the Middle-East. State media is reporting that armed terrorists blew up an oil pipeline west of the flashpoint Syrian city of Homs. In an interesting twist, an anti-regime group said the government was behind the blast. Nonetheless Fox Houston is noting that the explosion is the third reported attack on energy infrastructure since the outbreak of the pro-reform protest movement in mid-March. Interestingly oil prices (along with all other commodities) continue to plunge on USD strength and liquidations (from European upsets) but we suspect that all it would take now is for a splinter Turkish group to take responsibility for the blast and this drop will promptly reverse. 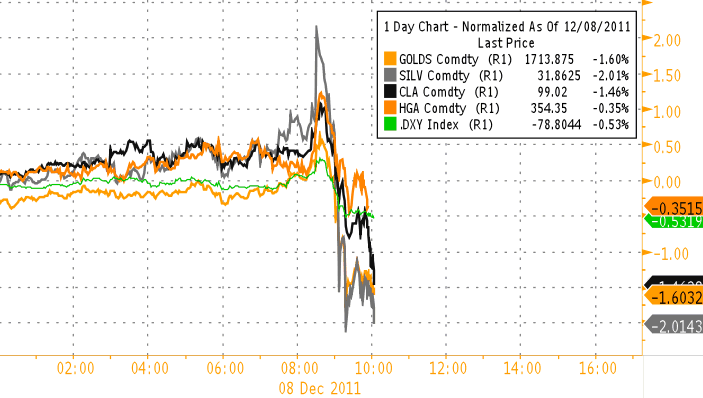 and video of the devastation:

(Same video as above)

– Arab States, Turkey Plan ‘No-Fly Zone’ Over Syria, With US Coordinating The ‘Logistics’

1 thought on “And Now: Syrian Oil Pipeline Blown Up (Video)”