For a bank that everyone is bashing for “doing nothing” the ECB sure continues not only to be active in the open market but monetize well more than the Fed: in the past week the ECB’s SMP program announced it purchased €8.581 billion in PIIGS bonds in the open market, which brings total notional purchases to €209.1 billion over the life of the program since inception on May 14, 2010. However, due to interim maturities, about €5.5 billion have matured from the total holdings, which means that on a net basis, total purchases have only now passed €200 billion for the first time, and are now at EUR 203.5 billion. More importantly, since the resumption of the SMP program in August, the ECB has bought €131 billion in PIIGS bonds, or about $176 billion. This works out to just under $60 billion per month (and no, it is not sterilized when the sterilizing banks exist solely courtesy to ECB funding as noted before) and is just modestly less than what the Fed monetized on a monthly basis at its peak QE, and about 30% more than what the Fed does now during Operation Twist! ($45 billion monthly at last check) So… Who was it that said the ECB needs to print more? 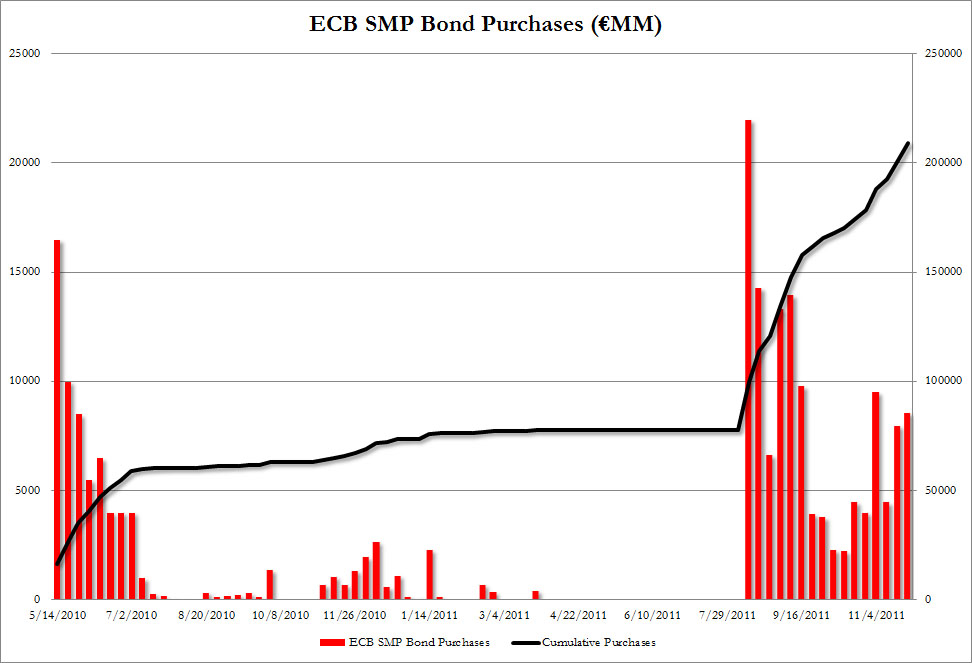