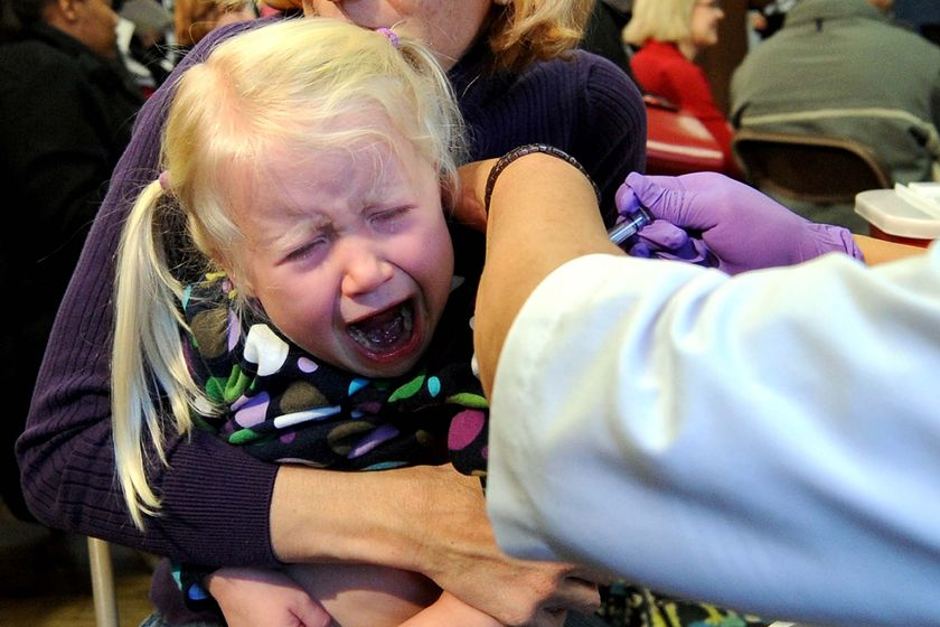 Photo: Families who refuse vaccinations face losing up to $2,100 per child in benefits (Jewel Samad: AFP)

Parents who do not have their children fully immunised will be stripped of family tax benefits under a scheme announced by the Federal Government.

The Government says 11 per cent of five-year-olds are not immunised and has announced a shake-up of the system which will take effect from July 1 next year.

Under the changes, families who refuse vaccinations face losing up to $2,100 per child in benefits.

Families will need to have their children fully immunised to receive the Family Tax Benefit (FTB) Part A end-of-year supplement.

The FTB supplement, worth $726 per child each year, will now only be paid once a child is fully immunised at these checks.

Families are already required to have their child fully immunised to receive Child Care Benefit and the Child Care Rebate.

Children will also be required for the first time to be vaccinated against meningococcal C, pneumococcal and chicken pox.

Children will also be immunised against measles, mumps and rubella earlier, at 18 months instead of the current four years of age.

Health Minister Nicola Roxon is also announcing today a new campaign to advise parents and healthcare providers on what they can do to protect babies from whooping cough.

All parents of newborns will receive letters providing information on immunising against whooping cough and how to identify the disease and prevent it spreading.

“We know that immunisation is fundamental to a child’s lifelong health and that’s why we want to make sure children are immunised at the right time,” Ms Roxon said.

The Government says the changes will deliver savings of $209.1 million over four years.