It seems that rotating a few pawns at the top is not quite the bazooka everyone expected it to be last week. Case in point: CDS in the core European trio of France, Spain and Belgium just hit new all time wides. But before anyone blames evil CDS speculators, it is notable that CDS is significantly outperforming cash bonds. And since everything that can be said about Europe’s ongoing implosion has been said already, the only question is which Goldman “advisor” will replace Sarko in a few weeks. 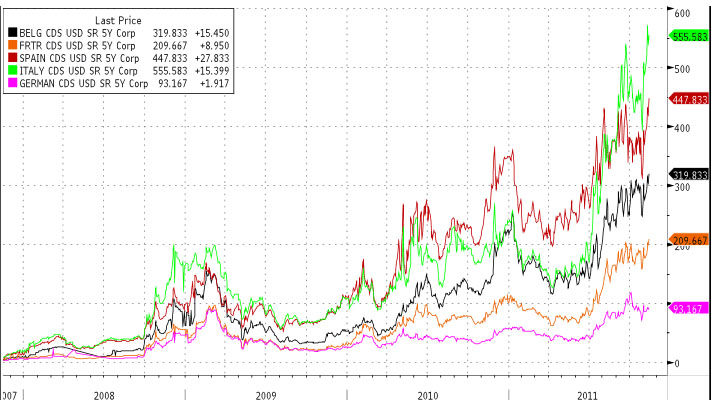 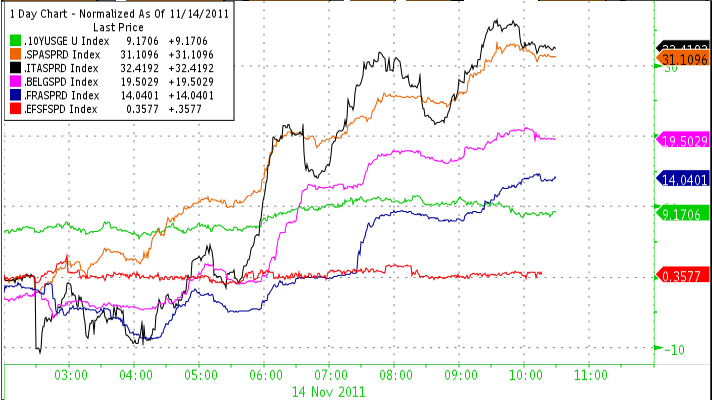