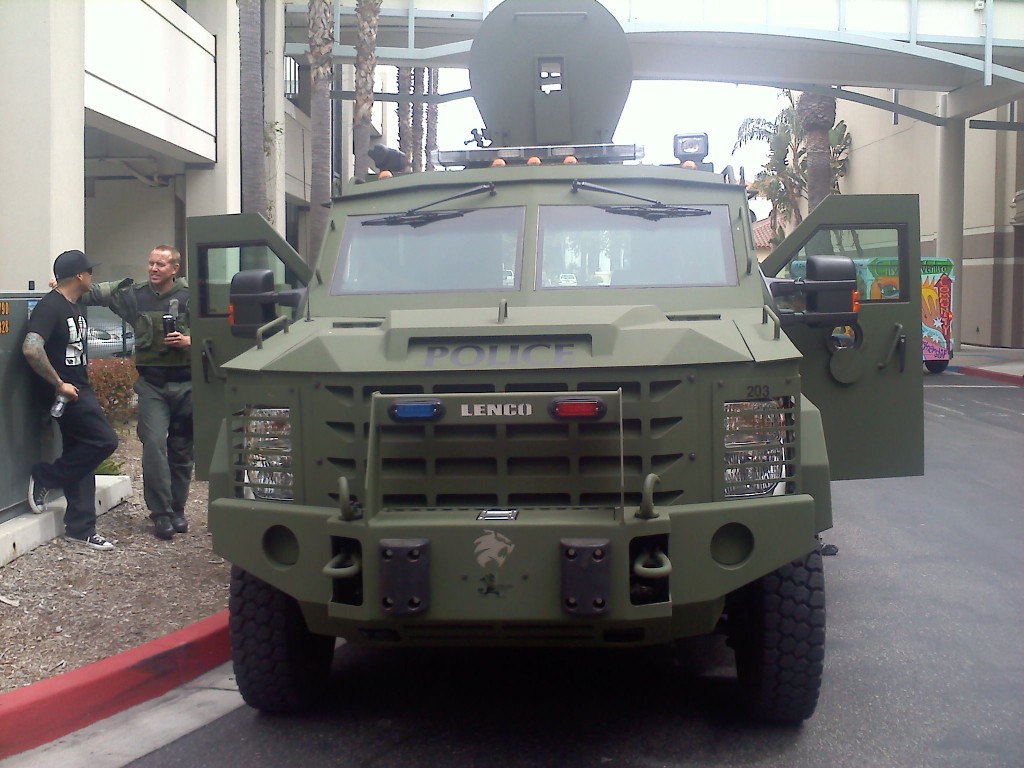 Something you usually may only see in Baghdad or Iraq, militarized or tactical armored and weaponized vehicles during riots and wars, has now appeared in Downtown Ventura California. This does go along with the militarization of police across the country. The police don’t trust the American people anymore when they use armored vehicles with weapon firing ports in addition to their usual police cruisers.

Even when I was able to go inside several military bases with my grandpa (A veteran) none of them used armored tactical vehicles. Even the military police vehicles which I saw several were only police cruisers.

So why on earth is our local police using armored vehicles instead of regular police cruisers? Do they think Americans are going to shoot them, blow them up, or something? I thought America was a peaceful country where protests are peaceful. Military is not allowed in the United States due to Posse Comitatus Act. Maybe the militarization of our police force is a way to circumvent the Posse Comitatus Act since technically and legally the police aren’t the army.

The top section looks like a large machine gun can be mounted at the top where police can fire multiple bullets at suspects with large weapons just like in Good Ole Iraq the war zone. Either a big weapon or a sound cannon since those were used at the G20 summit in Pittsburgh.

8 thoughts on “Ventura, CA Police Using Armored US Military Vehicles In The Streets”