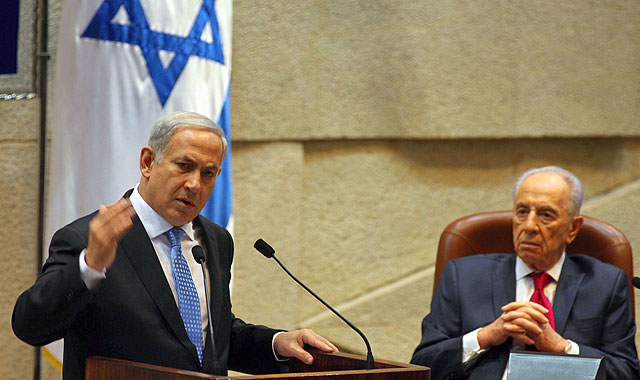 The debate over possible Israeli military action has reached fever pitch in recent days with newspaper leader columns discussing the benefits and dangers of hitting Iran.

Mr Lieberman responded to the reports of a push to gain cabinet approval by saying that “Iran poses the most dangerous threat to world order.”

But he said Israel’s military options should not be a matter for public discussion.

The International Atomic Energy Agency (IAEA) is due to report on the state of Iran’s nuclear capabilities on November 8, and that assessment is likely to influence Israel’s decision.

Western intelligence officials estimate that Iran is still at least two to three years away from obtaining a nuclear bomb.

Israel has long made it clear that it will not allow Iran to obtain a nuclear capability that could threaten the Jewish State.

Publicly it is pushing for a diplomatic offensive against Iran – including the imposition of sanctions – rather than a military strike.

But prime minister Netanyahu has repeatedly warned that all options are on the table.

Any strike on Iran could trigger retaliation from Iran and across the region.

Syria, a close ally of Tehran, could also launch attacks, along with the Iranian-backed Hizbollah militia in Lebanon.