The only interesting thing about this article are the actual bond yields, the rest is …….

As the UK discovered to its cost during its ill-fated membership of the ERM, it is tough to impossible to be in any form of currency union with Germany. 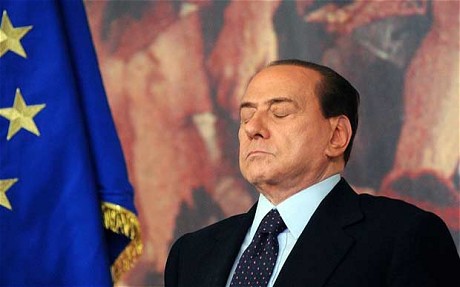 Fortunately for Britain, it found out early. Other members of the European Union were not so lucky. In they rushed, only now to pay the price.

Having lashed themselves to the bow of the German supertanker, they find themselves not just bereft of the natural mechanisms for adjustment in competitiveness and debt, but with their fate in weathering the storm entirely in Germany’s hands.

Judging by developments over the past few days, Germany does not appear inclined to indulge them. With the self-imposed deadline of this weekend’s EU summit approaching at speed, Nicolas Sarkozy, the French president, has played the same card as he did last year when he threatened to leave the euro unless the Germans agreed to French plans to rescue Greece.

This time around he missed the birth of his own daughter in flying to Frankfurt to read the riot act to an intransigent Angela Merkel.

Whether the latest display of histrionics can achieve the same result remains to be seen, but the markets have already made up their minds. With the Bundestag spitting tacks, the Chancellor has been forced to call for more time to hammer out something credible.

Whatever is eventually announced, it seems most unlikely to meet expectations. In the meantime, events are again moving beyond the power of policymakers to determine outcomes. Italian bond yields back at 6pc are a deeply ominous sign that the eurozone’s third largest economy is reaching the point of no return, where markets essentially become too expensive for funding.

The now almost certain prospect of a double-dip in Europe has made the debt dynamics of these bigger economies look much more challenging. There is now virtually no prospect of Italy and France meeting their deficit reduction targets. Further austerity would only make the economic squeeze worse still. Even for the larger countries, a crisis which has hitherto been seen as largely one of absent market liquidity is fast turning into one of solvency.

The only way this can end happily for the eurozone is for Germany to engage in massive demand stimulus. Regrettably, the chances of this happening are about zero.