Discarded Tyvek suits, 480,000 of them, which TEPCO would have to treat as low-level radioactive waste and dispose accordingly (unlike regular garbage or sewer sludge ash in Tokyo, which may be more contaminated than the Tyvek suits in Fuku I): 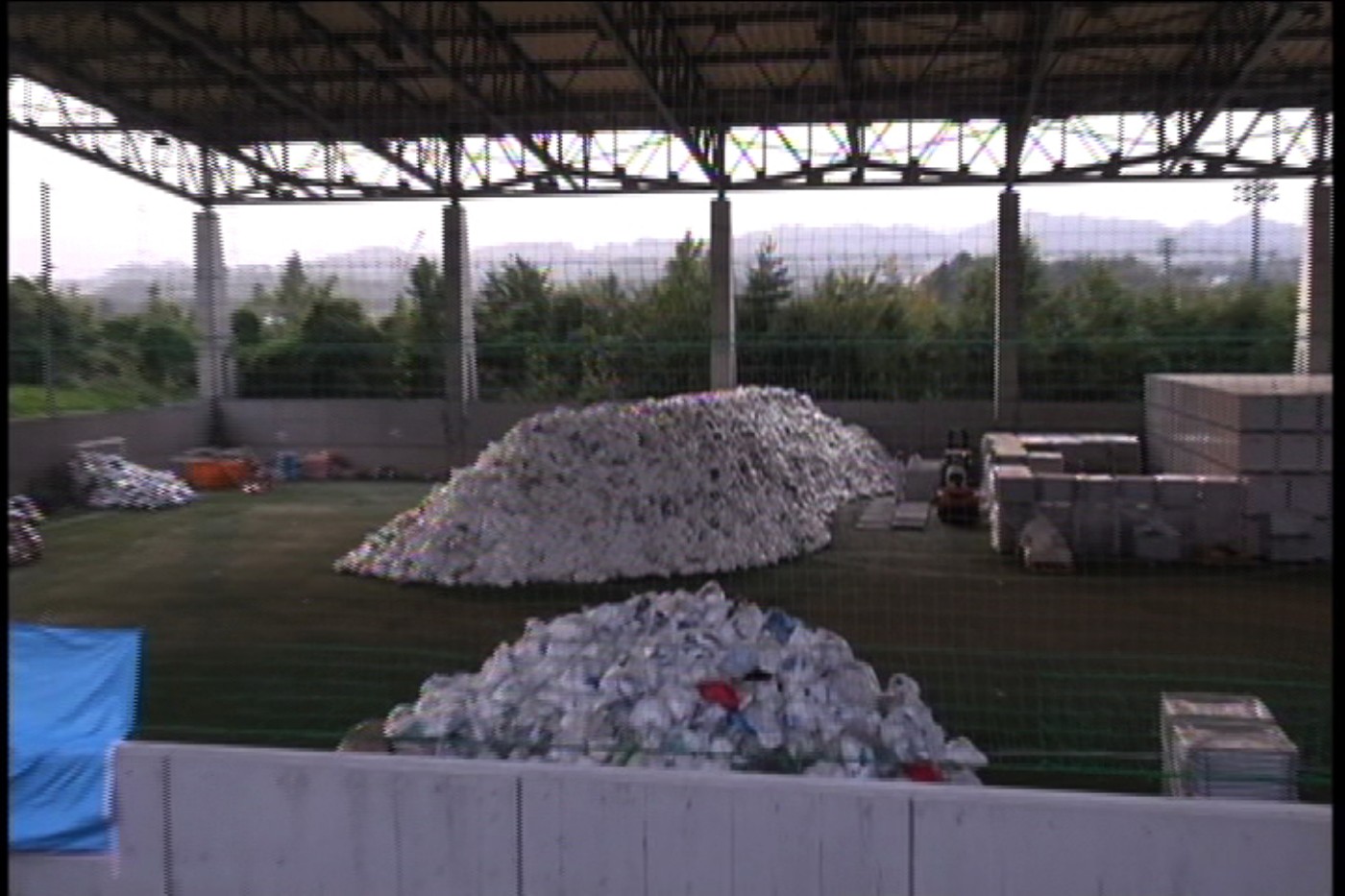 New Tyvek suits being distributed. Inventory at J-village, about 500,000:

A Tyvek suit costs about 1,000 yen (US$13) average in Japan, so it is costing TEPCO 1 billion yen ($13 million). As is usual for a big corporation like TEPCO, cost-cutting always starts at the bottom; the company is asking the Fuku I workers not to take more than one Tyvek suit.

According to one of the workers who tweet from Fukushima I Nuke Plant, TEPCO has already downgraded Tyvek suits quality. It used to be 1,440 yen per piece, now it’s 840 yen, achieving 40% cost reduction.

The government, whether national or prefectural, shows no sign of helping TEPCO in any way when it comes to supporting and taking care of the workers at Fuku I. Instead, they want to waste taxpayers’ money on inviting foreigners on free Japan trips (1 billion yen), inviting big social media writers (1.5 billion yen) to Tohoku, inviting IAEA “decontamination” mission who just recommended relaxing the standards (1 billion yen). Fukushima Prefecture is really raking in, over 100 billion yen for building a new cancer hospital at the medical university presided by Dr. Shunichi Yamashita.

Wasteful government spending continues no matter what happened, is happening, and will happen. That’s how it goes, no matter where.