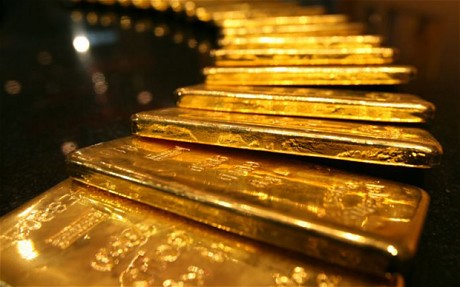 The Qatari Royal family plans to spend up to $10bn (£6.4bn) buying stakes in gold producers through their sovereign wealth fund, The Daily Telegraph can disclose.

The fund is seeking to invest in a range of natural resources, but gaining access to physical gold is its top strategic priority.

On Sunday, Qatar Holdings, which controls the wealth of the Middle East state’s royal family, confirmed it would invest about $1bn in European Goldfields, a London-listed miner currently developing the largest gold-mining project in Greece.

“Qatar Holdings have done a systematic and detailed study of the gold sector,” said Ken Costa, who put the deal together. “They chose European Goldfields because [chairman] Martyn Konig is very experienced – a 30-year veteran in the gold market.”

While Mr Costa would not comment on future likely targets, the Qataris are known to have been focusing in particular on opportunities in Africa and Russia. The valuation of North American gold miners was said to be too high.

The gold price has increased every year for the past 10 years as investor concern about the devaluation of global currencies, particularly the dollar, mounts.

However, shares in listed gold miners have underperformed this year, with European Goldfields shares down 41pc in the year to date. This is despite the company receiving the long-awaited approval for its mines from Greek authorities in July.

The Qatari fund has acquired a 9.9pc stake in European Goldfields from Greek construction group Ellaktor and one of its directors, Dimitrios Koutras. Qatar Holdings will also provide a $600m loan facility at an interest rate of 7pc.

Athens will be celebrating the bold investment move, as the Southern European country teeters on the edge of default, because the deal represents a vote of long-term confidence in the troubled Greek economy.

After securing the investment, about 1,500 jobs will be created in Greece. The deal was agreed by George Papandreou, Greek prime minister, and Sheikh Hamad Bin Khalifa Al-Thani, the ruling Emir of Qatar, on Saturday.