Anyone tearing their hair out trying to answer how it is that this great Keynesian experiment of a nation managed to sneek by with so little new incremental debt over the past month can now relax. As Zero Hedge reported yesterday, the US closed out Fiscal 2010-2011 with a $95 billion surge in debt in one day brining the total to just under $14.8 trillion. That, however was not nearly enough to settle all outstanding debt, and on the first day of the next fiscal year, Timmy G added another $47 billion in debt, to have a closing balance of $14.837 trillion on the first day of the 2011-2012 fiscal year. In other words, in just the past two work days, America has technically settled a whopping $142 billion in debt. There was a time when a year was needed to issue this much debt. Then, a month. Now, we are officialy down to two days. What is ironic is that the recently expanded debt ceiling of $15.194 trillion has just $400 billion of additional dry powder. At this rate, it won’t last the US until the end of the calendar year. 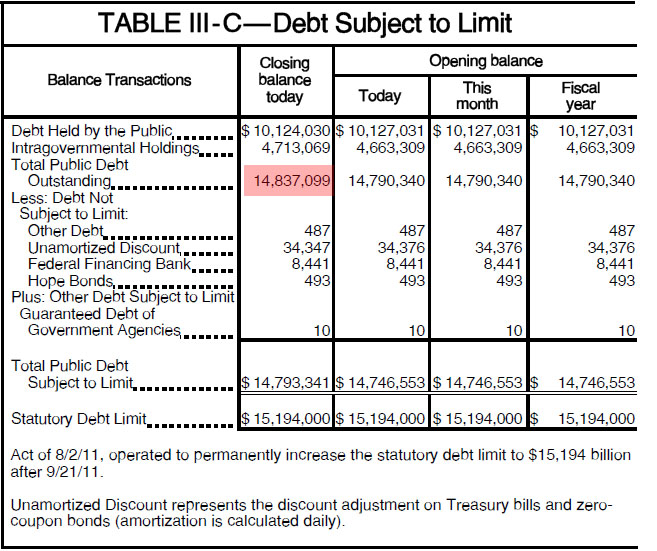 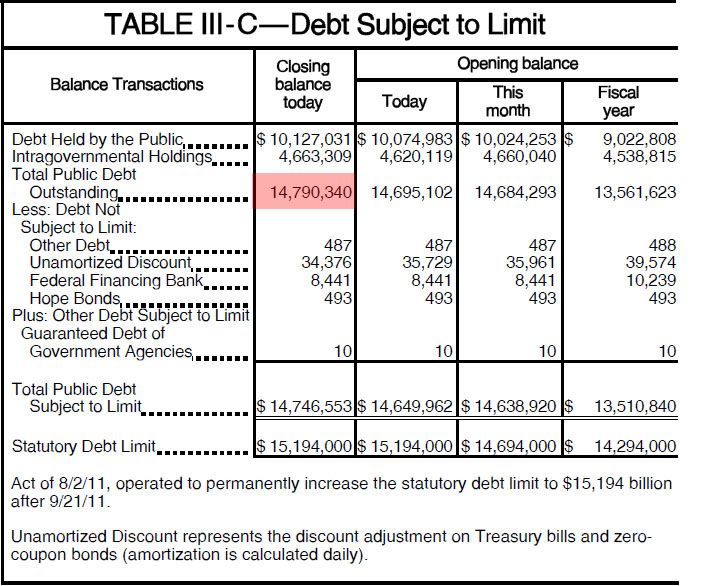