If it would not be for the plans of the elitists Germany (and any other country) would and should have left the EU and the euro a long time ago.

Germany is already on the hook for a lot of money and betting all the rest of taxpayer money on a sinking ship is not really helpful.

This unabated increase in the debt of the euro area to the federal bench “makes experts stunned,” said Ifo President Hans-Werner Sinn. “If countries whose banks the loans were given, become insolvent, be liable Germany.” Such liability but was not democratically elected – as by the Bundestag – still decided by the federal government.

… with the German taxpayer being on the hook in case those other countries default on their debt.

The plan of the elitists is to destroy Germany (Spain, Italy, France) like they have destroyed Greece and Ireland before, to create order out of the chaos (‘Ordo Ab Chao’) that they have created  in the first place, a NEW (WORLD) ORDER.

Germany is the most difficult one to destroy, but they get the job done.

You have just witnessed the biggest bank robbery and the biggest looting of entire nations in history (worldwide), perfectly planned by the elitists.

And surely the elitists have created through their puppet governments and banksters an awful lot of downside to exit the eurozone as ‘Gonzalo Lira’ describes below.

BUT is it better to sink completely with the EU TITANIC and then being forced into a New (World) Order (in case you are not an elitist)?

Why is it that you are never been told by MSM where all those bailouts really went? You are always told that the losers need more money, but  what you’ve been never told is who the winners were and are in this game of chess.

Trillions of euros and dollars did not just disappear.

Somebody made a lot of money!

Expect a currency reform and prepare for financial and economic collapse.

More to think about:

If you manage to exit a burning building you might get burns, but you have at least a chance to survive …

Look at Iceland and Greenland:

This is what happens if you were under attack but didn’t bailout the banksters:

Even better off is Greenland:

Why is Greenland so rich these days? It said goodbye to the EU! 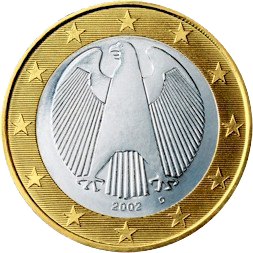 There’s No Upside, Only Downside

Several alternative news sites, including Zero Hedge and others, gave serious credence to this rumor—enough credence that the euro took a hit against the dollar and gold.

But at the end of the day, it was just random speculation from one Dr. Philippa Malmgren, who was interviewed by a Swedish newspaper as saying “My impression is that the German Government sent us a number of signals that, from their perspective there is no other solution [than for them to leave the euro].”

This random speculation—coupled with last year’s random speculation from Hartgeld.com, a German fringe site that claimed with absolute certainty that on May 12, 2010, the Germans would for sure go back to the Deutsche mark, having already printed and minted the new bills and coins—gave the Malmgren nonsense some legs.

The fact of the rumor is no big deal—there are always rumors.

The fact that the financial community took such nonsense so seriously points to the big deal in this situation—the underlying worry that a lot of market participants are fearing: What if the Germans all of a sudden cry, “Fuckit!”, and let slip the bonds of the eurozone?

Can they leave the eurozone?

Sure they can—anything is possible. But is it likely that the Germans will leave the eurozone?

In a word, no—because they are a creditor nation.

According to Bundesbank figures, Germany’s current account surplus for 2010 was €141 billion, with net capital exports of about €131; 2011 figures seem on track to match those amounts.

Suppose the Germans decided to exit the euro and go into the new Deutsche mark: What would happen to the euro?

Answer: The euro would drop like a rock—against anything and everything. Gold, silver, the dollar, the yen—since Germany is such a key component of the EMU’s overall balance of trade and balance of payments, Germany exiting would be catastrophic.

It would also be catastrophic for the Germans.

If Germany exited the euro and went into the new Deutsche mark, then the new-DM would rise against the euro—so therefore, German euro-denominated assets would take a massive hit.

After all, those German euro-denominated assets would remain in euros: They would not magically be converted into new Deutsche marks. Germany’s creditors—Greece, Spain, Italy, France, etc.—would owe Germany euros, not new Deutsche marks.

So they would pay Germany in euros—which would have fallen against the new Deutsche mark.

Now if that is the negative of Germany exiting the eurozone, then surely there must be a positive—right?

Actually, there isn’t: Germany would not gain anything, by exiting the eurozone and going to the new Deutsche mark. It might make some local political hay—but the German population would quickly see the tremendous cost they had inflicted upon themselves. And the benefit—aside from German chest-thumping—would be nil.

Germany doesn’t have a problem with the euro—it’s the other countries that are screwed because of it. If Germany exits the European Monetary Union, they would essentially be shooting themselves in the foot.

What We Have To Worry About

Not Germany—they won’t ever leave the eurozone. What we have to worry about is that Germany will not let other nations exit the eurozone.

As a creditor nation, Germany wants to make sure that the countries that owe it money pay it back—and pay it back in the currency (and valuation of that currency) that they lent it out at.

If a country—say Greece—were to exit the eurozone and go back to a local currency, it might find it tempting—not to say politically expedient—to convert all debts from euros into the local currency. This could be easily done, by government diktat.

This event would not technically be a default—after all, there would be no haircuts, let alone debt repudiation. But the creditor—Germany—would get screwed.

Nobody likes getting screwed unless its by a supermodel in a grungy club bathroom. Thus Germany has every incentive in the world to not only refuse to renegotiate sovereign debts, but also do everything in its power to keep these debtor nations in the eurozone.

The issue at this point in time is, Will the Germans allow a little debt relief in order to keep the weaker nations inside the eurozone? Or will they rape them so badly via austerity measures and intransigence, that they essentially force the weaker economies—Greece, Portugal, Ireland, Spain, Italy—into exiting the European Monetary Union, going to local currencies, and then devaluing?

This is the crucible the weak European nations find themselves in: Waiting on Germany’s decision.