FOX News deleted the ‘Who Won the Debate?’ Poll, but it is still accessible through Google cache and here are the results: 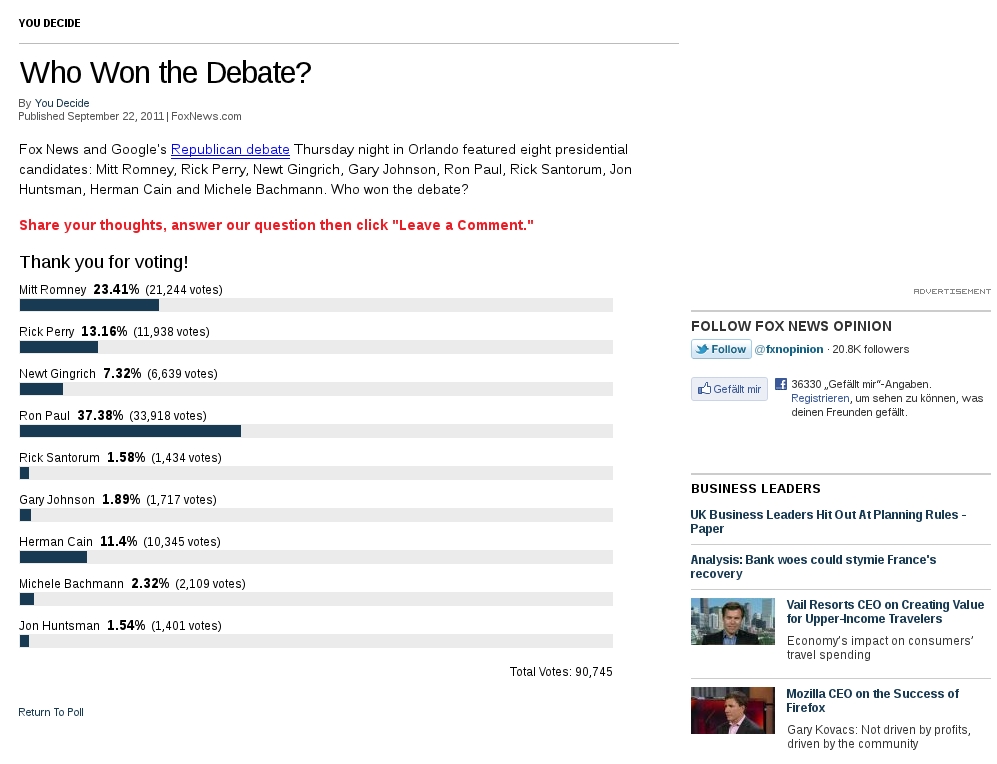 Hilariously you can still embed the poll!

Here is the embed code:

These elitists know Ron Paul very well, because he is the only one that would abolish their private Federal Reserve Bank, the IRS and bring an end to the illegal wars.

1 thought on “CENSORSHIP: FOX News Deletes The ‘Who Won the Debate?’ Poll After RON PAUL Wins!”