On August 25, 2011 at 15:45:48, in a one second period of time, there were more than 10,000 quotes and exactly zero trades in DELL. Close inspection of these quotes reveals something very disturbing. This cannot be dismissed as a computer problem or glitch. This can’t be explained as stupidity or some oversight. It is not pinging for hidden liquidity. And it’s certainly not price discovery. As far as we can tell, it’s not adding liquidity or narrowing the bid/ask spread.

What caused this blast of 10,000 quotes in DELL appears deliberate. Of the 10,000 quotes, the bid and ask prices remain the same. The bid size also remains constant except for one change after the first 7,000 or so quotes. The only real variation is the ask size. Not a simple 2 step variation, but one that repeats in a mathematical pattern with a long cycle. This makes it difficult to detect, but it also confirms that it must be emanating from a single source.

There are approximately 4,000 stocks that quote during active trading. Which means 40 million quotes/second if just one of the 9 exchanges allow this nonsense to spread to all 4,000 symbols. You would need 40 gigabits per second of bandwidth to receive data at that rate. Unfortunately, we think it’s just a matter of time, because events like this one in Dell are no longer isolated or rare. And it doesn’t look like there are any grown-ups in charge. 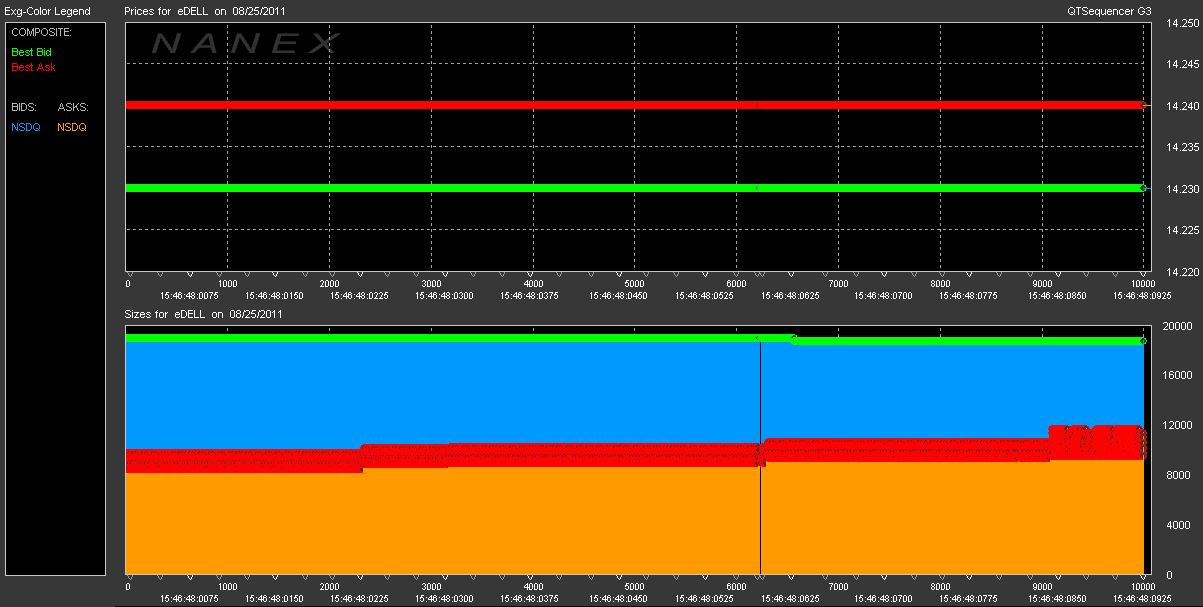 Zoom in of sequence: 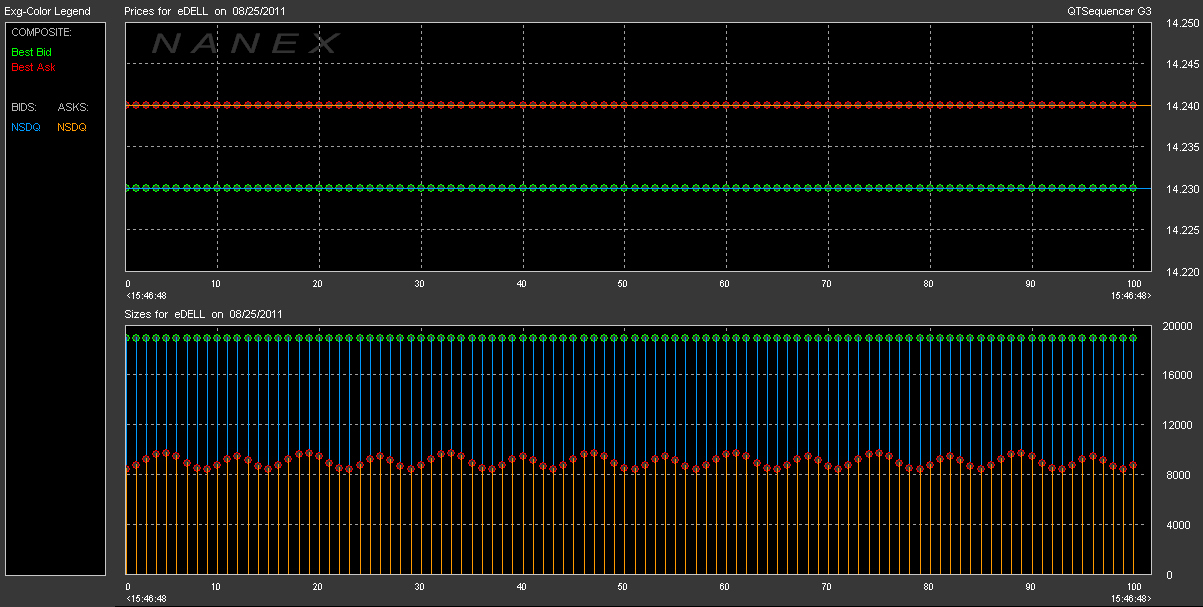