What went in did come out.

Now it is Niigata Prefecture. Unlike Shimane Prefecture who just tested the manure at the JA (Japan’s agricultural producer co-op) stations, Niigata also tested the manure made at individual farms (sampling), and even higher amount of radioactive cesium was detected.

According to the Niigata Prefecture announcement on August 13, of the individual farms, only Niigata City and Sado City (on the island of Sado off the coast of Niigata) tested below the detection limit. Even if the manure at the individual farms tested high, the numbers at the the manure manufacturing depots were low, as the radioactive manure was mixed with non-radioactive manure. No radioactive iodine was detected anywhere.

(PDF file of the announcement, page 2, showing the numbers) 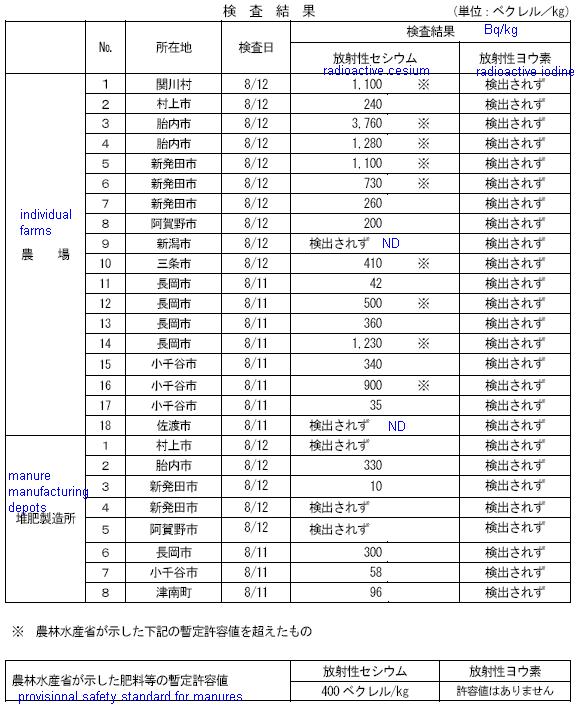 But since the numbers at the manure manufacturing depots are low enough, it will probably be sold to other farms to be used in their fields, thus spreading the low-level contamination all over Niigata. In the eyes of the government and producers, they are “safe” as long as the numbers are below the arbitrary safety limit number that the government picked after the fact. Testing by sampling one or two farms in a city will be enough for them.