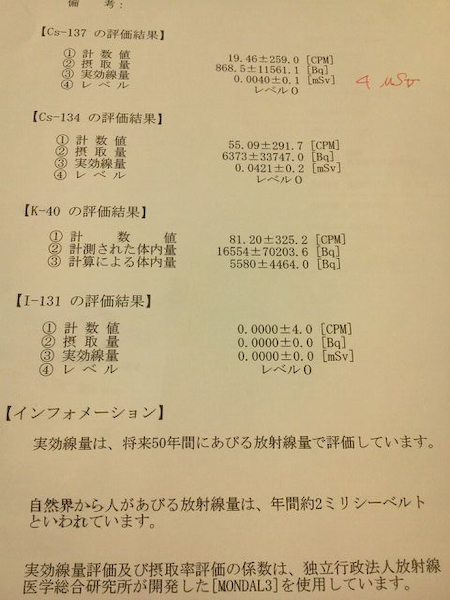 A man from Tokyo went to Hokkaido for sightseeing.
He had a whole body counter check to see if he’s taken radioactive particles into his body.

The result was “positive”.

The doctor asked him if he went to Fukushima, he replied no.

He normally spent days in Tokyo.

Now it’s pretty rational to think most of the other people are equally dosed.

The doctor added,
There are too little sample of low dose symptoms, so even if you have cancer in the future,
maybe it’s hard to prove it has something to do with Fukushima.

This is how “our” government is going to abandon us.