Radiation? Who knows. One irony of the radioactive fallout from Fukushima I Nuke Plant is that people in Japan have started to pay much more attention to nature around them. So they may be noticing things that was on-going even before the accident. Or they may not.

These are the pictures taken on the sidewalk on Hakusan Dori in Bunkyo-ku in Tokyo, and uploaded on July 30. The air radiation in Bunkyo-ku has been higher than the official Tokyo number (measured in Shinjuku-ku, western central Tokyo), along with several other eastern “ku” (special wards of Tokyo).

The person who took the pictures says, “About 30% of azaleas on the side walk are completely dead. Ginkgo leaves are browning.” 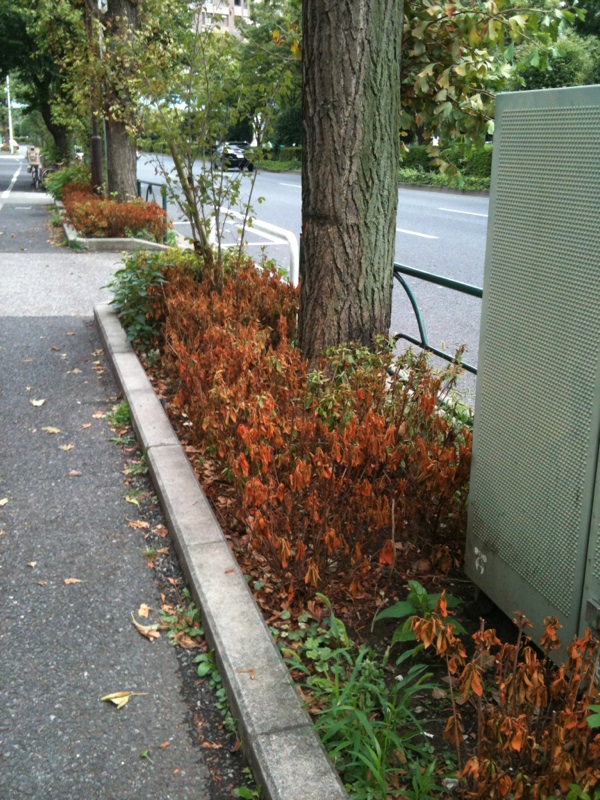 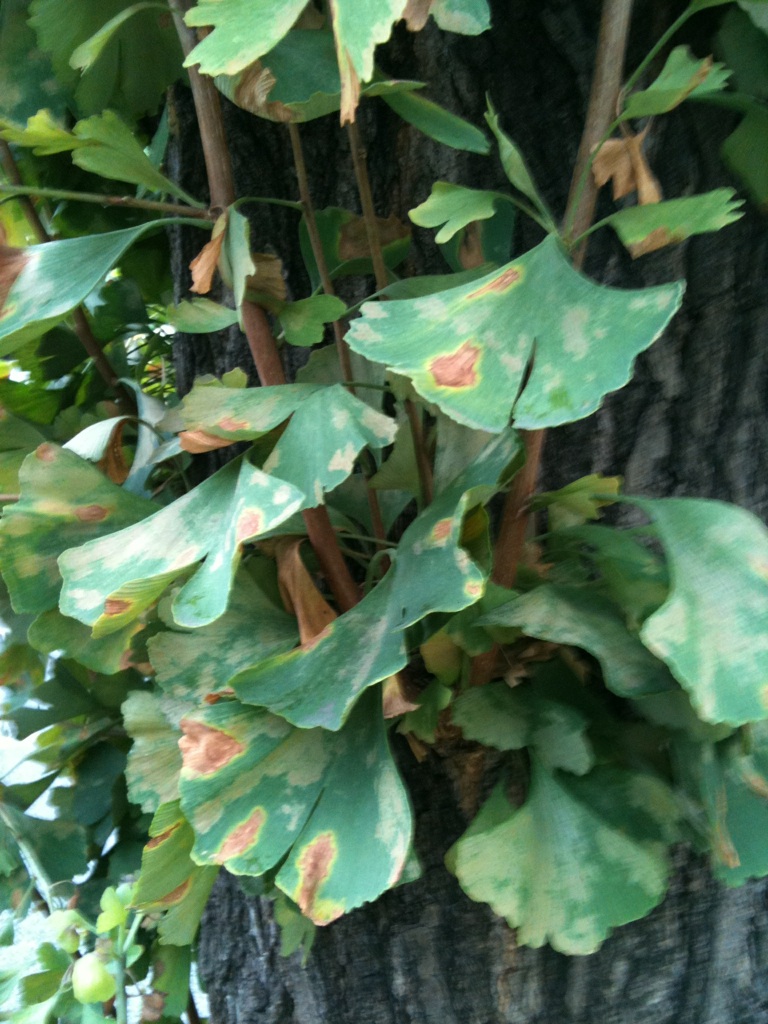