Two weeks ago we presented a chart that shows the uncanny correlation between the debt ceiling and the price of gold. Now that we know the final amount of the next debt ceiling hike, somewhere in the $2.5 trillion ballpark, it allows us to extrapolate where gold will end up as a result of the debt ceiling hike which will likely be voted into law at 7pm PDT. A simple correlation rule of thumb allows us to predict that gold will be at $1,950 by the end of the year if it simply retains it close correlation to the debt ceiling. Should Bernanke announce that he will additionally need to monetize some or all of this incremental debt amount, we anticipate that gold will be well over $2,000 by the end of the year, courtesy of yet another round of accelerated dollar debasement, which also means that real gains in US stocks will be negated courtesy of the devaluation of the currency in which they are priced. The same, however, does not apply for gold, which with every passing day is priced in nothing but itself.

The Bloomberg chart of the day first presented on July 20. 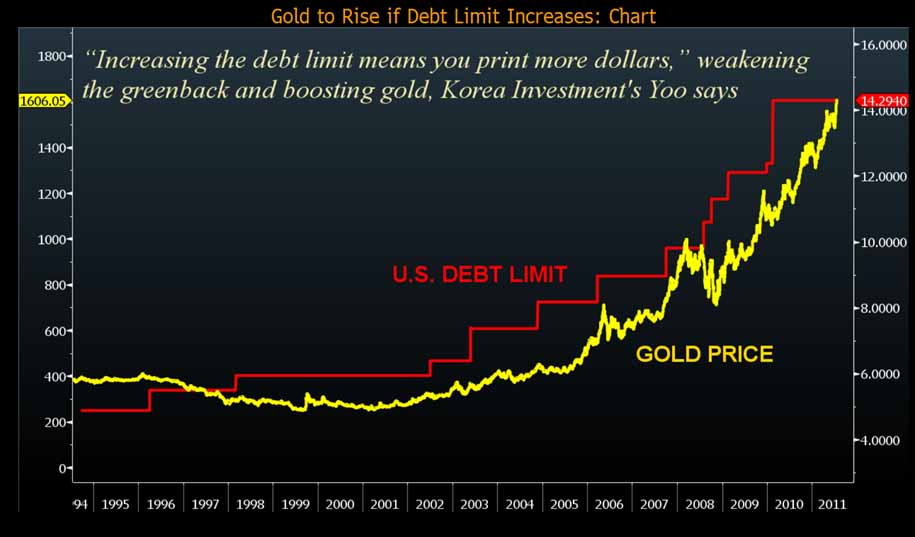 And our revised version including the projected gold price. 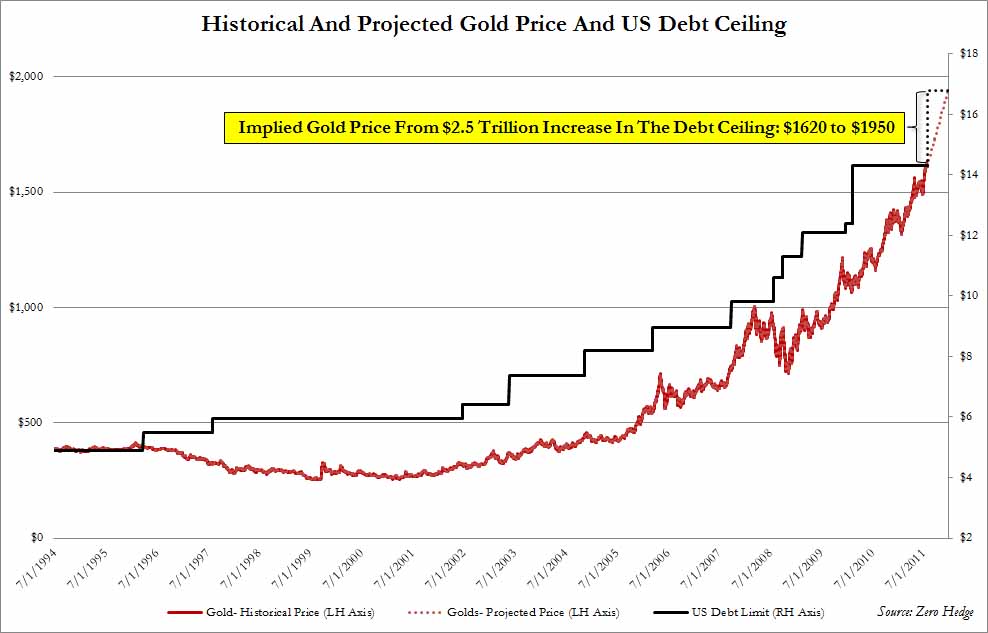