The chart below is created by me from the data provided by the Tokyo Metropolitan Bureau of Sewerage regarding radioactive iodine and cesium at the 12 sewage treatment plants in Tokyo. The chart only shows iodine-131, in the dehydrated sewage sludge. The unit is becquerels/kg.

After nearly 4 months since the last known large discharge of radioactive materials from Fukushima I Nuclear Power Plant (March 21), you would think radioactive iodine would be undetectable by now. 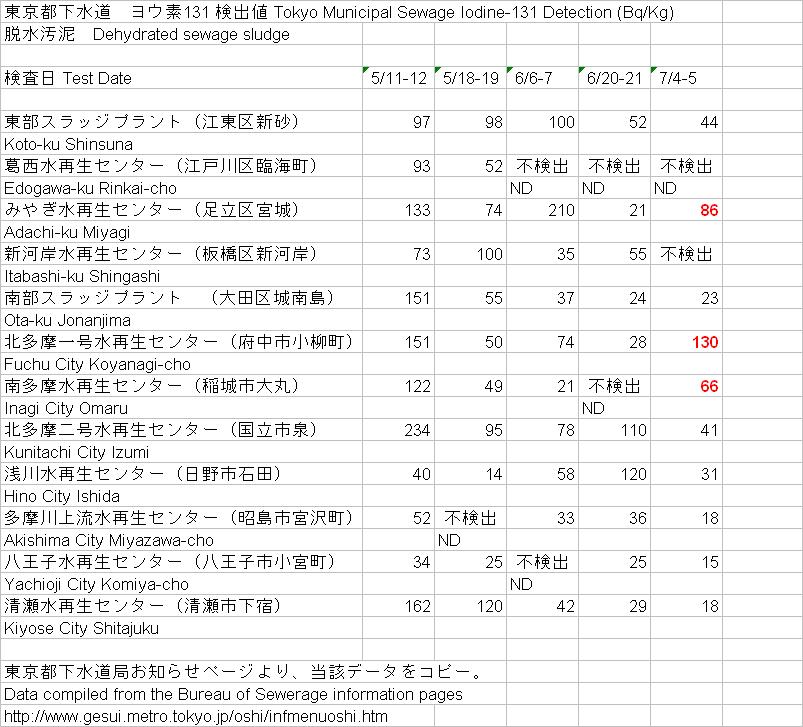 On checking Japanese Twitter on the subject, I’ve found an interesting theory. Some people think that maybe there are hospitals in those areas where iodine-131 increased, and they are dumping radioactive iodine in the sewage that they use for treatment for thyroid problems; or that it’s from the urine of the patients treated for thyroid problems.

Anything’s possible. Probable though would be a continuing discharge from Fukushima I Nuke Plant, but who knows?