As the table below demonstrates, the bond vigilantes are now eviscerating the belly of the US Treasury curve: the weekly percentage move higher in the 5 Year yield is now the largest…Ever. For those wondering if PIIGS should be renamed to PIIS following the brief rescue of G, perhaps it is time to officially rename it PIISA.

The chart below is an archive picture of what one day will be seen as officially ushering in QE 3. As for the naive follow on moves in the equities, it is merely a risk transfer. 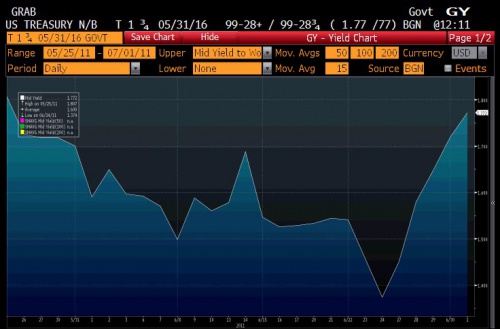 As for the statistical evidence, courtesy of John Lohman, it speaks for itself. This week’s move wider is the biggest percentage move ever. 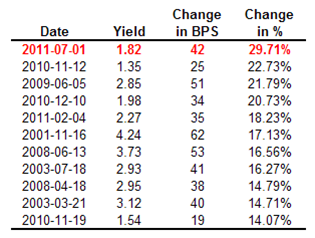