– CNN Covers Japanese MSM Blackout On MOX fuel And Plutonium, ‘A Substance So Toxic That A Teaspoon-Sized Cube Would Suffice To Kill 10 Million People’

2 Packbots from iRobot were apparently accompanied by 5 carbon-based workers and entered the Reactor 3’s reactor building to take the radiation measurement on June 24.

The result was announced on June 25 by TEPCO, and the radiation level remains high. At many places it was higher than in the previous survey which was done on June 8. 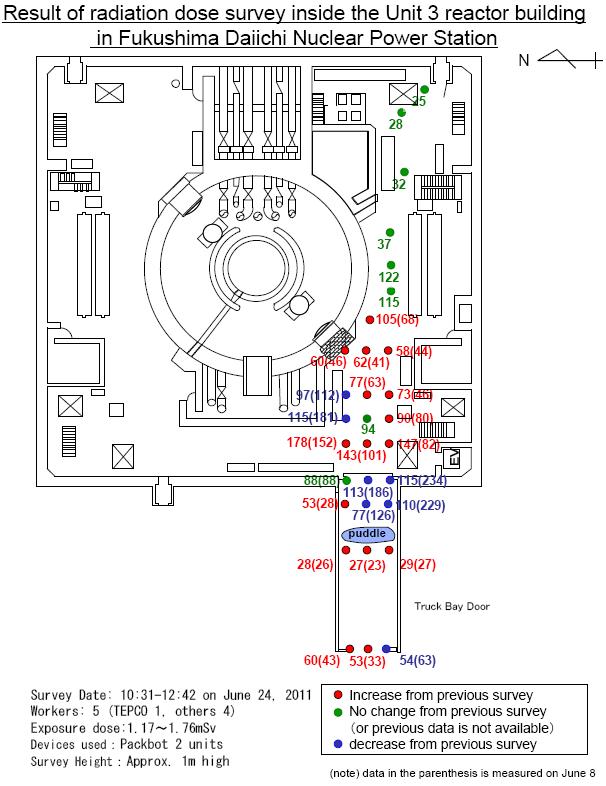 Comparing this map to the one they disclosed on June 9 (June 8 survey results) below, it is clear that they weren’t disclosing all measurements done on June 8. Sigh. When will they ever learn? 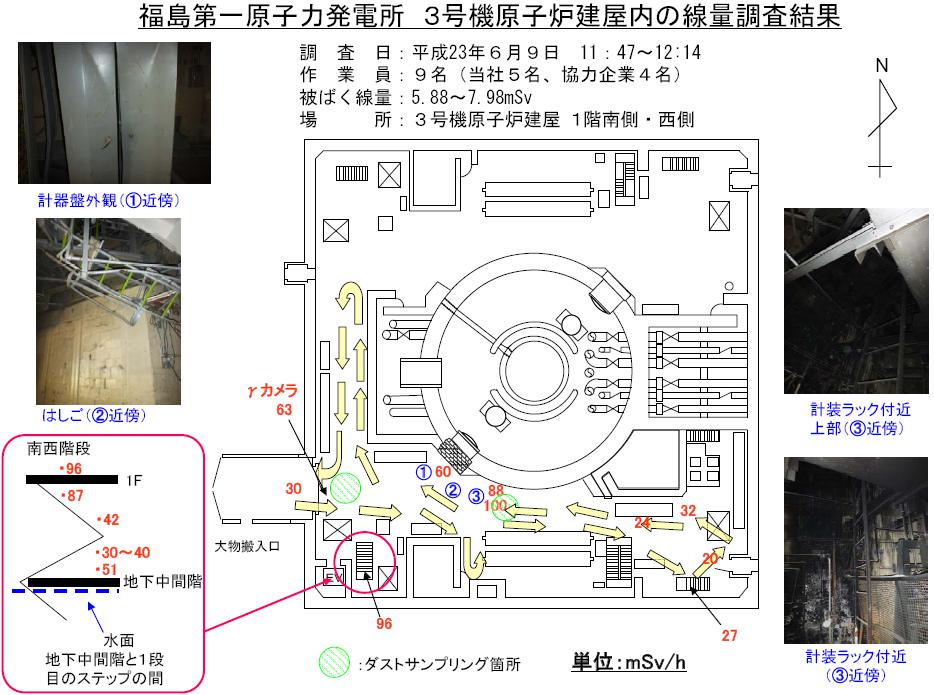