The Ministry of Education and Science have announced the detection of radioactive cesium from the ocean soil, but has been silent about strontium.

There is no safety standard set for radioactive strontium. The amount detected in regular sampling surveys from 1999 to 2008 at Fukushima II (not I) was ND (not detected) to 0.17 becquerel/kg.

The survey also detected a minute amount of plutonium-239+plutonium-240.

Clearly, no one cares any more in Japan. No major news outlet carried the news, not at least on line. The only paper that carried this news was the Japan Communist Party’s newspaper, Akahata (red flag). 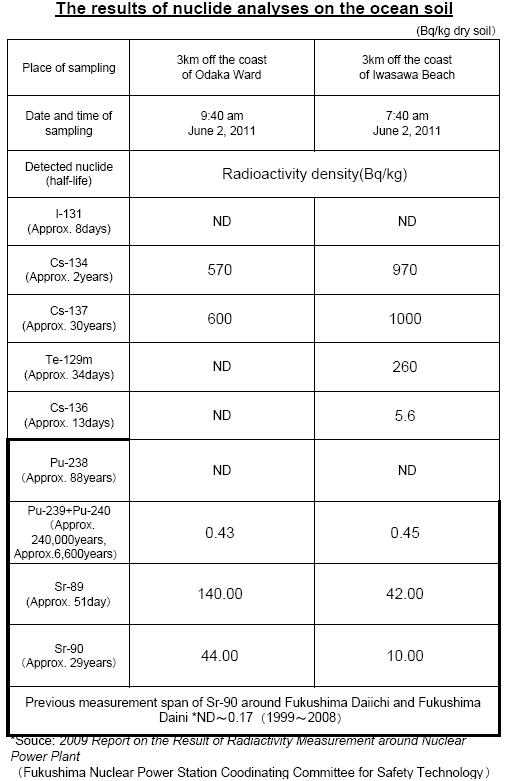