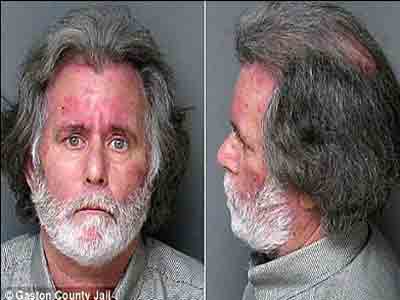 With a undiagnosed growth on his chest and two ruptured disks, Richard James Verone needed medical attention and to get it he handed a note to a bank teller demanding $1.

Verone walked into an RBC bank in North Carolina, handed the teller the note, and she gave him the money. Then, according to the Gaston Gazette, he sat down and waited for the police to show up.

He said, “I didn’t have any fears. I told the teller that I would sit over here and wait for police.”

Never in trouble with the law, Verone worked for Coca-Cola for 17 years, but was laid off three years ago. He’s had part time jobs since, but nothing steady, and nothing with health insurance.

His plan includes a three year stint in prison, multiple surgeries, and then release — just in time to collect social security.