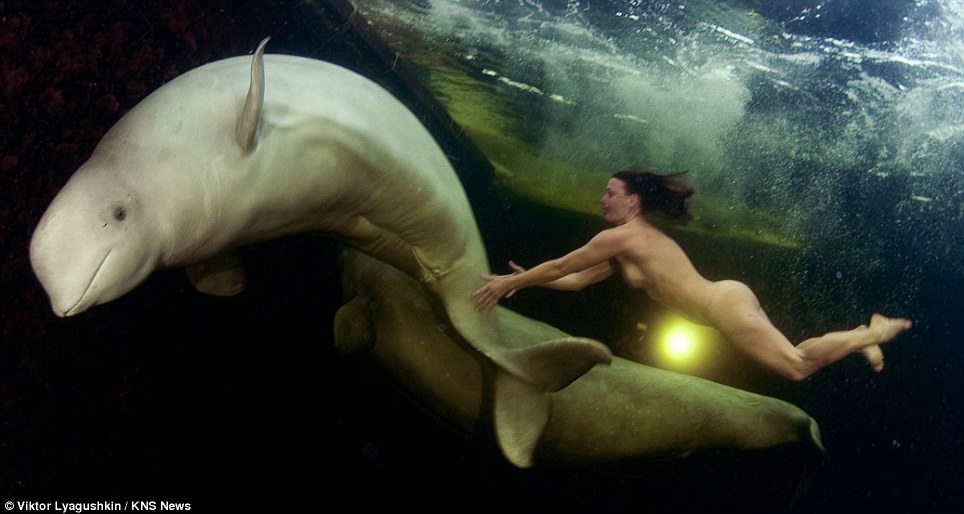 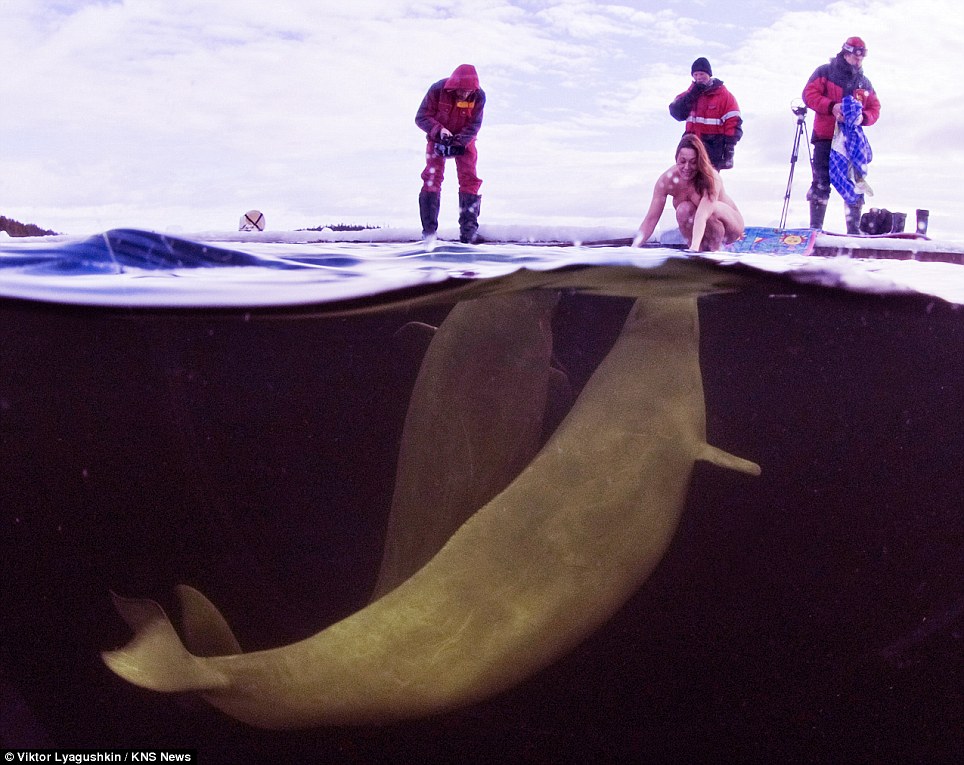 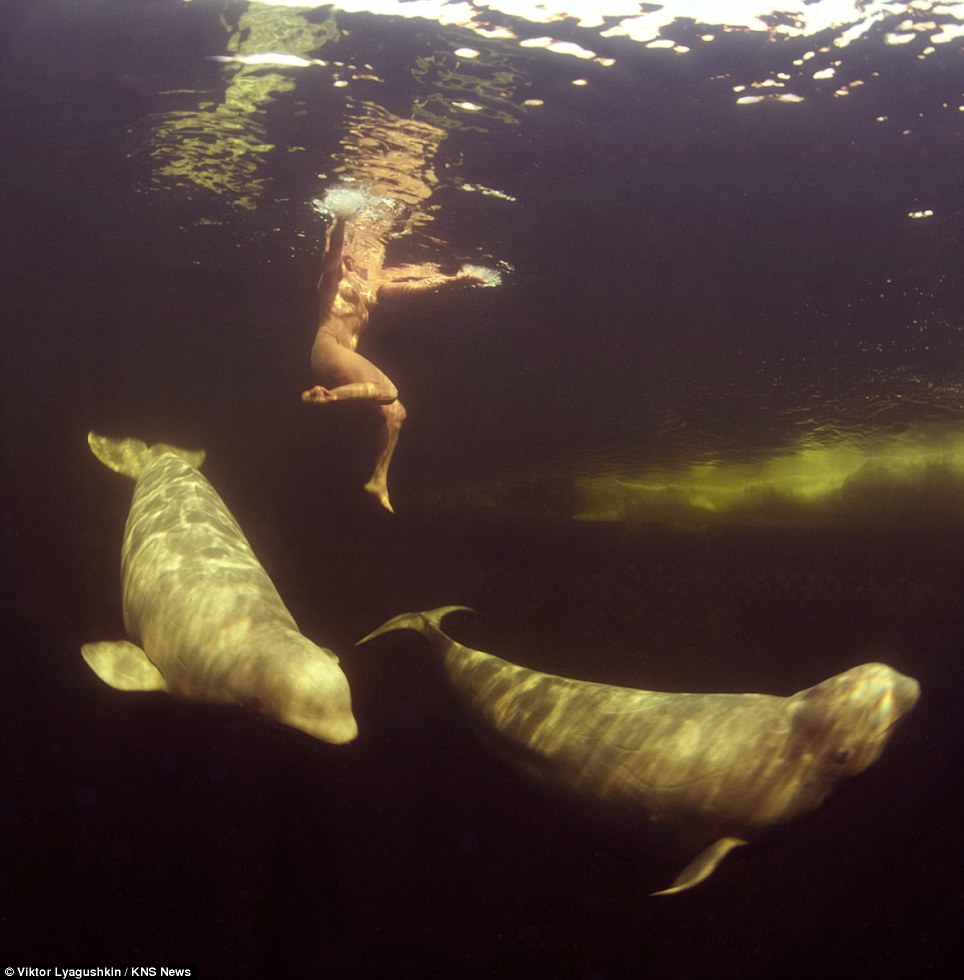 The first to be held in captivity was shown at Barnum’s Museum in New York in 1861, and there are belugas in aquariums and sea life parks across Europe, North America and Asia.

Their large range of ‘facial expressions’ comes from them having a more flexible bone structure than other whales.
Certainly these two had a big smile for the naked Natalia.