What is wrong with you Japan? Got too much Fluoride and Lithium in your drinking water?

TEPCO and the government were and still are lying to you whenever they open their mouth.

Once you were warriors! 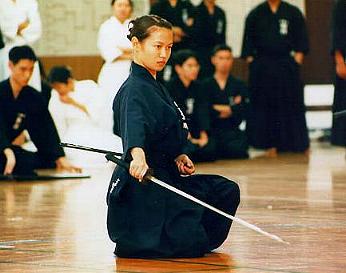 When do you have enough?

Wake up!!! ….. and remove your government PEACEFULLY out of office and get in contact with the real great independent scientists and inventors of this planet and heal you country.

It can’t get any better. (But that’s what I’ve thought ever since March 11 and I’ve been wrong.)

It was the proverbial “fly in the ointment” when an online food grocer (home delivery of fresh produce) alerted the Shizuoka prefectural government that one of Shizuoka’s teas tested high in radioactive cesium according to the grocer’s test. For Shizuoka, it was going to be a “clean bill of health” for all teas in Shizuoka when they started testing the final products, “seicha”. 8 tea-growing regions tested below the limit on June 8, and 11 more regions were going to do the same on June 9.

But this grocer came forward with the information that one of the teas were radioactive, exceeding the national limit. So the government was forced to test that particular tea, and it was indeed exceeding the limit.

But it was not before the prefecture told the grocer not to publish the data, because the prefectural government was already doing the minimum necessary to alert the consumer. Their words.

In other countries, this kind of arrogant behavior by the producer ignoring the safety of the consumers may result in boycott of the product.

It has been revealed that the Shizuoka prefectural government requested the online food grocer in Tokyo that the grocer not publish on the grocer’s home page the result of the test for radioactive materials in Shizuoka tea that exceeded the national provisional limit.

The grocer is “Radish Boya” (Minato-ku, Tokyo) that does home delivery service of organic vegetables to its members. The grocer informed the Shizuoka prefectural government on June 6 that the Shizuoka tea they tested exceeded the provisional limit for radioactive materials in teas. Upon being alerted, the Shizuoka government demanded the grocer withhold the information and not publish it on the grocer’s website. Accordingly, the grocer sent out letters to the members who bought the tea explaining the reason for the recall.

The Economy and Industry Division of the Shizuoka prefectural government explains, “We’re doing the minimum that’s necessary to alert the consumers. If the information is published on a website, it may spread unnecessary fear.”

The grocer “Radish Boya” is well-known for the high-priced but high-quality and safe organic vegetables and foods, according to my contact in Tokyo.