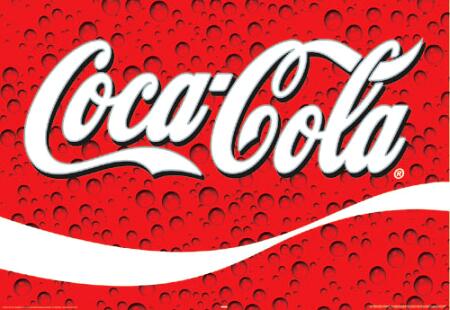 – To this day, Coca-Cola still imports coca leaves which are used to manufacture cocaine in the United States (Natural News, June 9, 2011):

(NaturalNews) Coca leaves have been chewed and consumed as tea for thousands of years in the high Andes. They are rich in many essential nutrients; they ease respiratory and digestive distress and are a natural stimulant and painkiller. Indigenous tradition and scientific studies have both confirmed that in their natural form, the leaves are completely safe and non-addictive — it takes intensive processing and toxic chemical ingredients to produce cocaine. That’s why more and more coca-containing products have started to hit the market in Andean countries in the past few years.

Yet the United States still aggressively pursues an eradication policy that encourages Andean governments to spray their forests with toxic chemicals to eliminate this medicinal crop. It is illegal to import or possess the leaves under U.S. law — unless you’re the Coca-Cola company. In an effort to preserve the traditional flavor of the best-selling drink, the company long ago convinced the U.S. government to exempt it from the law.

(Coca-Cola, by the way, used to literally contain cocaine in its original formula. The practice was halted in 1903, but the name persisted. The “coca” part of “coca-cola” is derived from the coca plant, and the “kola” comes from the kola nut which also flavored the original beverage.)

The secret history of Coca-Cola, coca leaves and cocaine

Coca-Cola is the only U.S. corporation that has been granted the right to legally import coca leaves into the United States, via a coca processing lab known as the Stepan Company). In 1922, the Jones-Miller Act banned cocaine imports into the United States, but Coca-Cola (and its lab) was granted an exception. This exception remained a secret until the late 1980’s when the New York Times seemed shocked to discover the truth.

This week, details of how Coca-Cola obtains the coca and how it is processed emerged from interviews with Government officials and scientists involved in drug research programs. They identified the Illinois-based Stepan Company as the importer and processor of the coca used in Coke. After Stepan officials acknowledged their ties to Coca-Cola, the soft drink giant confirmed those details of its operations.

In a telephone interview from Coca-Cola’s Atlanta headquarters, Randy Donaldson, a company spokesman, said, ”Ingredients from the coca leaf are used, but there is no cocaine in it and it is all tightly overseen by regulatory authorities.”

Approximately 100 metric tons of coca leaves are imported to the Stepan Company each year (http://en.wikipedia.org/wiki/Stepan…) under “special permission” from the DEA. Keep all this in mind when you consider the total fraud of the current “War on Drugs” and how young African American men are given ten-year prison sentences for pot possession while one of the largest corporations in America is actually importing leaves that are used to manufacture cocaine.

This brings up an obvious question: Where does all the white powder cocaine go if not to Coca-Cola? It turns out that this cocaine is sold to a St. Louis company called Mallinckrodt Incorporated.

Mallinckrodt receives not only all the cocaine from the Coca-Cola imports, but also imports opium from India (http://en.wikipedia.org/wiki/Mallin…). In addition, this company also buys THC extracted from marijuana grown in the United States. So much for the War on Drugs, huh? It turns out if you buddy up to the DEA and federal regulators, you can make all the cocaine you want while buying opium and marijuana by the ton — as long as you’re a powerful corporation with ties to Coca-Cola and other wealthy organizations.

More than a quarter ton of cocaine for “medicinal” use?

It’s a reasonable question to wonder where all this cocaine and opium ends up going after it arrives at Mallinckrodt. The official explanation is that it’s for “medical use.” But let’s do the math on this and see if that explanation holds water.

According to various websites that are readily found in any search engine, it takes roughly 300 grams of coca leaves to produce 1 gram of refined cocaine. This means that 100 metric tons of coca leaves (100 x 1000 kilograms, or 100,000 kilograms) can produce roughly 333 kilos of cocaine each year.

Ask around… That’s a lot of cocaine. Remember, too, that these are 333 kilos of cocaine approved by the DEA — an agency which claims to be fighting a “war on drugs” but somehow grants immunity to Coca-Cola suppliers who are literally manufacturing hundreds of kilos of cocaine each year.

All this brings up the obvious question: What is the Mallinckrodt company doing with 333 kilos of cocaine each year? Throwing a big annual Christmas party or something? It is impossible to imagine that 333 kilos of cocaine are being used for “medical purposes” unless you have a very loose definition of “medical purposes.” Although this is pure conjecture, I wouldn’t be surprised to learn if a significant portion of this was handed out to top DEA officials as bribes to pay them off and keep the cocaine operation running.

Enough lines of cocaine for the entire U.S. Congress!

Continuing with the math, 333 kilos is (obviously) 333,000 grams of cocaine. How much cocaine is that, exactly? Well, according to TheGoodDrugsGuide.com, a typical “line” of cocaine (a “line” is what a typical user will inhale to ingest the cocaine) contains 50 – 75mg, or roughly 1/20th of a gram (http://www.thegooddrugsguide.com/co…).

This means that each gram of cocaine is enough to make up to 20 “lines” of cocaine, give or take, depending on how crazy you and your friends are.

Multiply that by the 333,000 grams of cocaine that could be produced from the 100 metric tons of cocaine leaves being imported into the USA each year, and you come to the astonishing realization that the coca leaves imported for the benefit of the Coca-Cola company can be processed into the equivalent of 6.66 million lines of cocaine each year!

Here’s the math again (calculations are all rounded for the sake of convenience, so they’re just rough estimates):

This seemingly leaves only three possibilities for where all this cocaine is going:

Possibility #2) The Mallinckrodt company might be somehow destroying massive amounts of cocaine each year. (But human greed probably prevents this from happening, given that this white power is so darned valuable…)

Possibility #3) The Mallinckrodt company might be “losing track” of massive amounts of cocaine each year (i.e. is disappears out the back door and into the hands of DEA agents and politicians who keep the whole operation “legal”). This is one case where brown-nosing the DEA leaves a thin layer of white dust on your nose, too.

Or hey, maybe all this cocaine is being quietly distributed to all the doctors and pharmacists who are chronically addicted to drugs themselves — it’s a huge percentage of the medical workforce because they have access to drugs on a day-to-day basis and they think they need a pharmaceutical kick to survive their long work hours. 6.66 million lines of cocaine is enough to keep a few thousand pharmacists churning away, filling high-profit prescriptions for painkillers and psychiatric drugs that turn everybody else into addicts, too.

This true story about Coca-Cola is just one of the amazing facts you’ll read in our FREE downloadable report, 25 Amazing Facts About Food, authored by Mike Adams and David Guiterrez.

Learn surprising things about where your food comes from and what’s really in it! Download the full report (FREE) by clicking here. Inside, you’ll learn 24 more amazing but true facts about foods, beverages and food ingredients. Instant download of the complete PDF. Already downloaded by thousands of readers with a lot of positive feedback.

Big Pharma has a long history of manufacturing cocaine

Interesting historical fact: At the turn of the 20th century, many giants of the pharmaceutical industry were manufacturing cocaine. These companies included Parke, Davis, Merck and Squibb.

Merck, the present-day manufacturer of Gardasil vaccines, dominated the cocaine market. (Source: Andean cocaine: the making of a global drug, by Paul Gootenberg). It just goes to show you that drug companies don’t really care much about what they’re selling you as long as it makes them a profit. Your doctor is your dealer, and Big Pharma is his hook-up.