The EURUSD has officially confirmed the much dreaded “Insane YoYo” formation.

As a reminder the last time we had a dreaded chart spotting (The Hindenburg Omen from August 12, 2010), the Fed was forced to launch QE2 two weeks later.

On a more serious note, the imminent announcement of a favorable Troica report on Greece will likely send the pair up 100 pips. 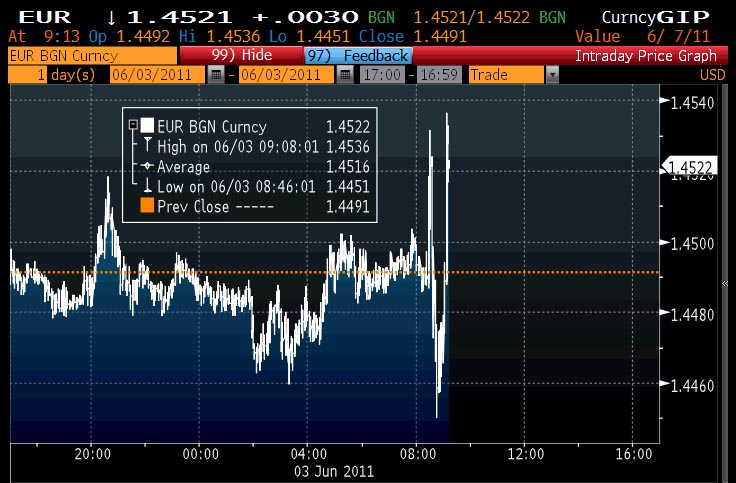