As the reporting season for May’s Federal Reserve and Purchasing Managers surveys comes to an end, the markets prepare for tomorrow’s ISM survey.  As shown in the chart below, a best guess based on the regional surveys (Empire, Philadelphia, Chicago, Richmond, Dallas, and Milwaukee) would be 52, versus the Bloomberg consensus of 57.5.  Given that the regional surveys are more volatile (the CME has not yet figured out a way to raise margins on them), the ISM will certainly not fall that dramatically. 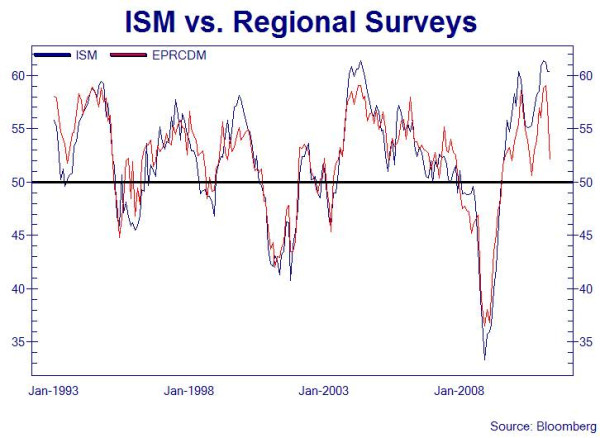 More interesting, however, is the rate and breadth of deterioration across the reports.  As shown in the second chart, May surveys had the largest ‘negative surprise’ since Bloomberg started tracking consensus estimates in 1998.  In addition, several of the reports have shown some of the largest two and three month rates of decline on record.  Whether this is indicative of a mid-cycle slowdown, or something more serious, a continuation of the recent deterioration could well set the table for QE3. 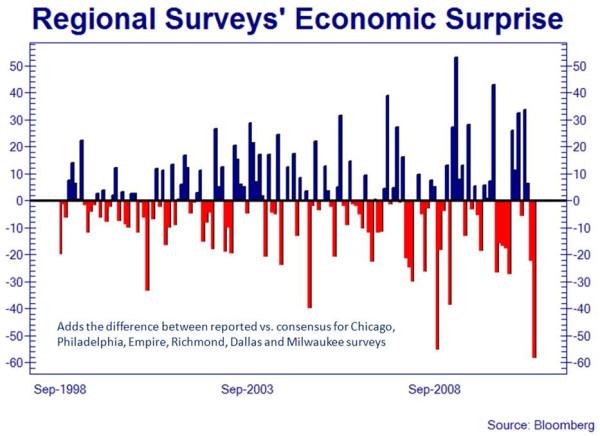