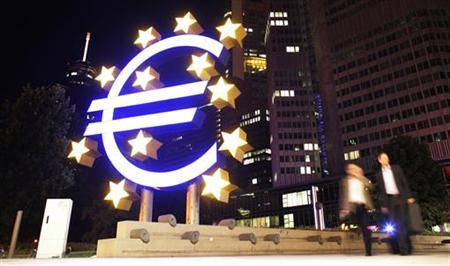 May 29 (Reuters) – Ireland may have to ask for another loan from the European Union and International Monetary Fund because it will struggle to return to debt markets to raise funds next year, a government minister said on Sunday.

In comments to The Sunday Times newspaper, Transport Minister Leo Varadkar became the first cabinet member to cast doubt in public on Ireland’s ability to raise cash on the bond market because of punishing yields demanded by investors.

“I think it’s very unlikely we’ll be able to go back next year. I think it might take a bit longer … 2013 might be possible but who knows?” Varadkar was quoted as saying.

“It would mean a second program (of loans from the EU/IMF),” he said. “Either an extension of the existing program or a second program. I think that would generally be most people’s view.”

Deputy Prime Minister Eamon Gilmore told broadcaster RTE that fears of a domino effect from Greece’s problems were overblown. The possibility of a Greek default has sent bond yields rocketing for indebted Ireland, Portugal and Spain.

“It’s not a situation that if Greece defaults then there are immediately implications for Ireland,” Gilmore said.

“If Greece defaults there are implications for the wider euro zone and obviously we are part of that.”

“It is wrong to put Ireland in the same basket as Greece.” (Sure!)

Greece’s hopes of averting default dimmed over the weekend amid fears the country, whose debt burden stands at around 330 billion euros, may have missed fiscal targets set by its creditors.

The IMF has dismissed reports that an international inspection team had found that Greece had missed all its fiscal targets. But the current mission to Athens has stayed far longer than on previous occasions and is locked in talks with the government to get economic reforms on track.

Athens’ creditors are increasingly focused on the possibility of raising more funds from privatizations and a poll on Sunday showed that an overwhelming majority of Greeks are in favor of selling and developing state assets to raise 50 billion euros.

The European Central Bank and the IMF, however, don’t believe the privatization program is ambitious enough. ECB board member Juergen Stark said Greece could raise six times more than the 50 billion euros planned from asset sales, echoing earlier views from the IMF.

A Greek paper reported on Sunday that the government was considering setting up a Spanish-style “bad bank” to clean up its lenders’ accounts from “toxic” Greek bonds and make them more attractive to potential buyers.

Athens is in a race against time to secure political consensus on fiscal reforms before the EU and the IMF will free up more cash to plug funding gaps in the next two years.

Ireland, meanwhile, wants to tap investors for funding in 2012 before its 85 billion euros EU-IMF bailout runs out the following year.

But investors believe Ireland will be unable to return to the market and instead will have to tap the European Union’s permanent rescue fund in 2013, which might require some restructuring of privately held sovereign debt.

Reflecting this medium-term risk, Ireland’s two-year and five-year paper are yielding close to 12 percent, more than its 10-year bonds on the secondary market.

Some 50 billion euros of the existing EU-IMF bailout has been earmarked for sovereign funding requirements with the remainder set aside to prop up the country’s ailing banks.

Earlier this month, the IMF said whatever was left over after recapitalizing the banks could be channeled to the sovereign if there was a delay in returning to markets.

At the end of March, the Irish government said the banks needed 24 billion euros to bulletproof their balance sheets but Dublin hopes some five billion euros can be raised from imposing losses on junior bondholders and asset sales, meaning that 19 billion euros of the 35 billion would be tapped.