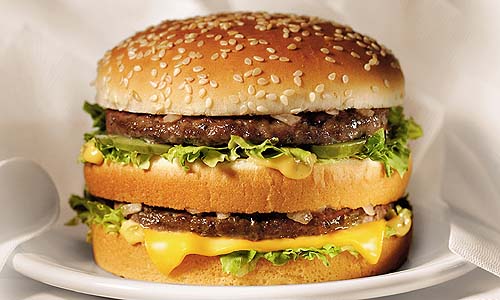 With global meat demand expected to grow almost 40 percent by 2025, scientists in the US and Europe have been working to develop synthetic, lab-grown meat they say could help offset climate change and provide a healthier, safer alternative to conventional meat production.

New Harvest, an organization made up of ‘meat scientists’ from the US, UK, and the Netherlands, claims that it has the technology to produce processed meats like sausage, hamburger, chicken nuggets within several years.

And one of the earliest adopters of this technology is likely to be fast-food restaurants which don’t disclose their suppliers.

Developing unprocessed meats like steaks and pork chops, meanwhile, involves technologies that don’t yet exist and may take a decade or longer to develop, the scientists say.

In the food and nutrition world, the cacophony of sound emerging around the consumption of red meat is deafening.

Charcuterie and offal – parts of a butchered animal traditionally considered to be inedible – continue to be popular among foodie gourmets.

Meanwhile, this week, the World Cancer Research Fund released what they described as “the most authoritative” report ever to confirm the link between red meat consumption and the risk of developing bowel cancer.

While meat alternatives like vegetarian options exist, ‘cultured meat’ is produced by taking a number of cells from farm animals and ‘proliferating’ them in a nutrient-rich environment where they multiply in a culture. After attaching themselves to a sponge-like scaffold, they can be mechanically stretched to increase their size and protein content.

The result? Cells that can be harvested, seasoned, cooked and consumed as a boneless, processed meat like sausage, hamburger or chicken nuggets.

In 2009, scientists from the Netherlands grew pork meat in a laboratory using cells from a live pig to replicate growth in a Petri dish. The result was a soggy version of pork meat.

Prior to that, New York researchers created a sort of fish fillet from goldfish tissue.

It’s been estimated that meat production is responsible for nearly 20 percent of the world’s total greenhouse gas emissions.

The looming arrival of synthetic meat products is also investigated in an in-depth piece published in The New Yorker early this week titled, “Test-Tube Burgers.”

Meanwhile, Canadian dystopian author Margaret Atwood presaged the arrival of Frankenfoods like lab-grown meat in her 2003 novel Oryx and Crake. ChickieNobs, for instance, are genetically modified chickens engineered to have multiple breasts and no eyes or beak.

“They don’t need those,” the book reads.